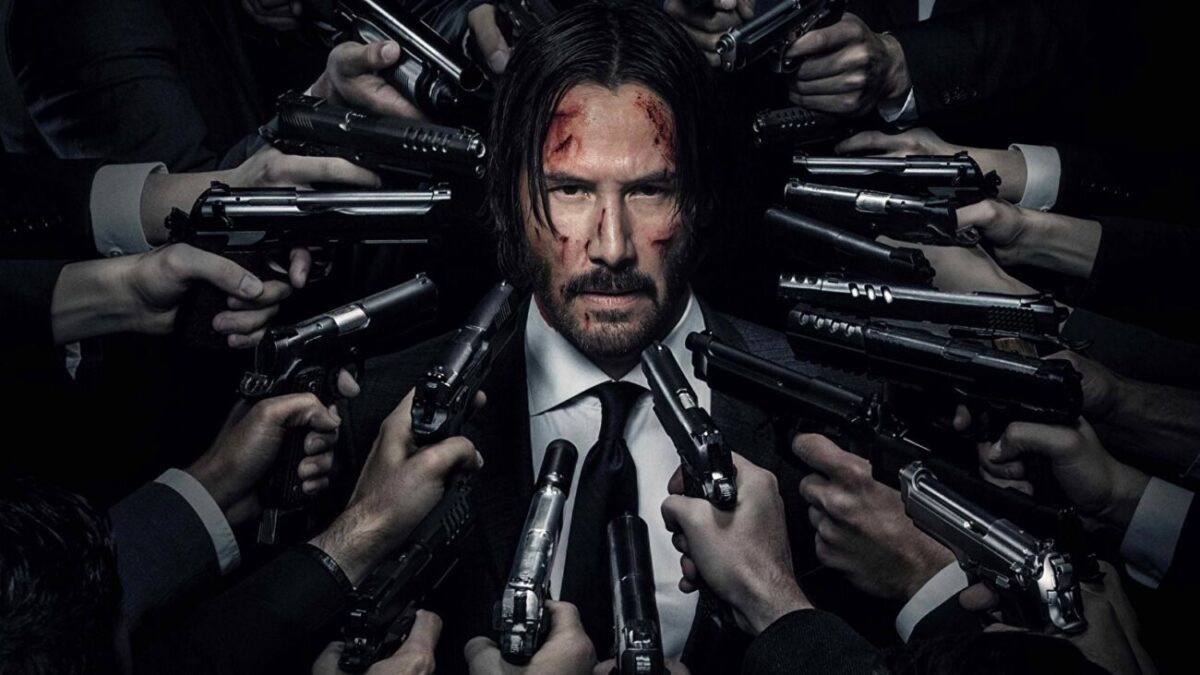 The world of cinema (comics, etc…) is full of anti-heroes. And what would that be? Some will say that it is the character that does not present characteristics and virtues attributed to a hero, others that are morally ambiguous characters far from a heroic vocation, sometimes linked to personal reasons in their ‘heroism’. No matter the definition, the term fits numerous characters. With that in mind, we decided to list below 10 movies where one of the protagonists is an anti-hero:

In 2007, a film would reach the world of cinema that would remain forever in the memory of everyone who loves Brazilian cinema: Elite squad. In this first film, we meet Captain Nascimento (Wagner Moura) one of the leaders of an elite team of the Rio de Janeiro police that is looking for a replacement. During an operation on a hill in Rio, he meets Matias and Neto who will undergo intense training to become an elite troop soldier.

John Wick – Back in the Game

In the plot, after the untimely death of his wife, the peaceful John Wick (Keanu Reeves) lives painful days in a large mansion away from the hustle and bustle of a New York dominated by bandits. Retired from the profession of assassin for a long time, he decides to return to active duty when he suffers gratuitous violence from a new band of bandits that end up arousing his fury.

In the plot, we meet an experienced soldier named Ray Garrison (Vin Diesel) who is killed by a bandit who also kills his wife. End of the movie? None of that. The soldier is ‘resurrected’ by a new technology created by the egocentric Dr. Emil Harting (Guy Pearce) that turns your body into an indestructible killing machine. As soon as he wakes up, Ray has only one goal: to hunt down his wife’s murderer (and his as well, for that matter). But nothing is what it seems in this adrenaline-fueled movie.

In the plot, we are thrown into a few years ahead where mutants were almost Earth’s instincts, after an event little explored in this film but which involves the great mentor of the X-Men, Charles Xavier (Patrick Stewart). Thus, Logan/Wolverine (Hugh Jackman) lives far from major centers, more precisely close to the border with Mexico, where he works as an ‘Uber de Limousines’. Logan still keeps in touch with Professor Xavier, in fact, he protects him from the high authorities leaving him practically cloistered in a safe space being taken care of by the also mutant Caliban (Stephen Merchant). One day, Logan is approached by a nurse who says she needs him to save a child named Laura (Daphne Keen) who is being protected by her, and thus the eternal Wolverine returns to the battlefields this time to fight a band of bloodthirsty mercenaries.

In the story, a young girl disappeared on an island in Sweden more than 30 years ago without a trace. Her uncle still thinks about her every day and decides to reopen the investigation and calls investigative journalist Mikael Blomkvist to be in charge of this new search. Mikael is going through a bad time, being sued for defamation and slander and as he doesn’t have much else to lose he decides to accept the case with the agreement that he would get evidence to prove the truth about the case being processed. As Mikael can’t walk many houses alone, he decides to look for an assistant to help him unravel this mystery. This is where Lisbeth Salander enters the story, a very intelligent girl who suffers from a past of sadness and a present of abuse due to having her custody linked to the State. Together they gradually discover that the family of the missing woman is the center of everything.

The war on crime continues, but so does everyday life at school. With the death of Big Daddy (Nicolas Cage) in the first film, Hit Girl is educated by Detective Marcus Williams (Morris Chestnut) and must abide by certain ground rules that have never been obeyed before. So, little by little, he decides not to face crime on the streets anymore. With no one to turn to, Kick-Ass joins a new wave of independent masked heroes, led by Colonel Stars (Jim Carrey). As the first big challenge, they will have to deal with Motherfucker (Christopher Mintz-Plasse) – who forms his league of evil and puts into motion a plan to make Kick-Ass and Hit Girl pay for what they did to their father.

In the plot, we follow the conflicting trajectory of Whip Whitaker (denzel washington) a commercial airline pilot, alcoholic, drug user, who becomes the great darling of the media placed, like an American hero, when he manages to land an aircraft in numerous adverse conditions, after a system failure. When a few days pass, the record drops to other versions of the facts: he was under the influence of drugs and alcohol at the time of the accident and now has to fight himself for not accepting his new status as the great savior of the country.

In the plot, which is loosely based on some real events, we meet Corporal Amado (Sérgio Menezes), an honest police officer from Ceilândia (Federal District), who has a tense daily routine, as he does not accept impunity from criminals and has to deal with the corruption already known to other police officers. He often solves criminality with the recklessness of violence. Even though he is a strict force of the law, with attitudes that lead us to different opinions, he has a sensitive side that is shown in the force of love that reaches his heart through a prostitute for whom he has a huge affection. When Amado ends up being a thief’s marked card, he needs to take firm action without fear of what he might lose along the way.

In the plot, we meet Hutch Mansell (Bob Odenkirk), a man disciplined in his morning exercise routine, helps with housework, commuting to and from work with his father-in-law and brother-in-law at a small business. He lives his days without great emotions and surprises alongside his wife Becca (Connie Nielsen) and their two children. Maybe for his life to have any meaning again, something had to happen. And the trigger comes when two amateur thieves break into his house and steal some change but are not captured on purpose by Hack who seeks to control himself at all times in the situation. After that fact, we begin to see changes in the protagonist’s life and all the surprises of his past come to light in a trajectory of explosions, blood and violence on all sides.

One of the most well-known anti-heroes in the comic book universe won his first movie six years ago, having the great Ryan Reynolds in the role of the protagonist. In this first film, we follow the story of Wade Wilson, who after an experiment to cure a disease is disfigured and also leads him to have special powers becoming Deadpool.

Previous Post
Dead by Daylight: new partnership with Resident Evil gets a release date
Next Post
‘Kraven the Hunter: Alessandro Nivola gives clues about his character; “A classic villain”