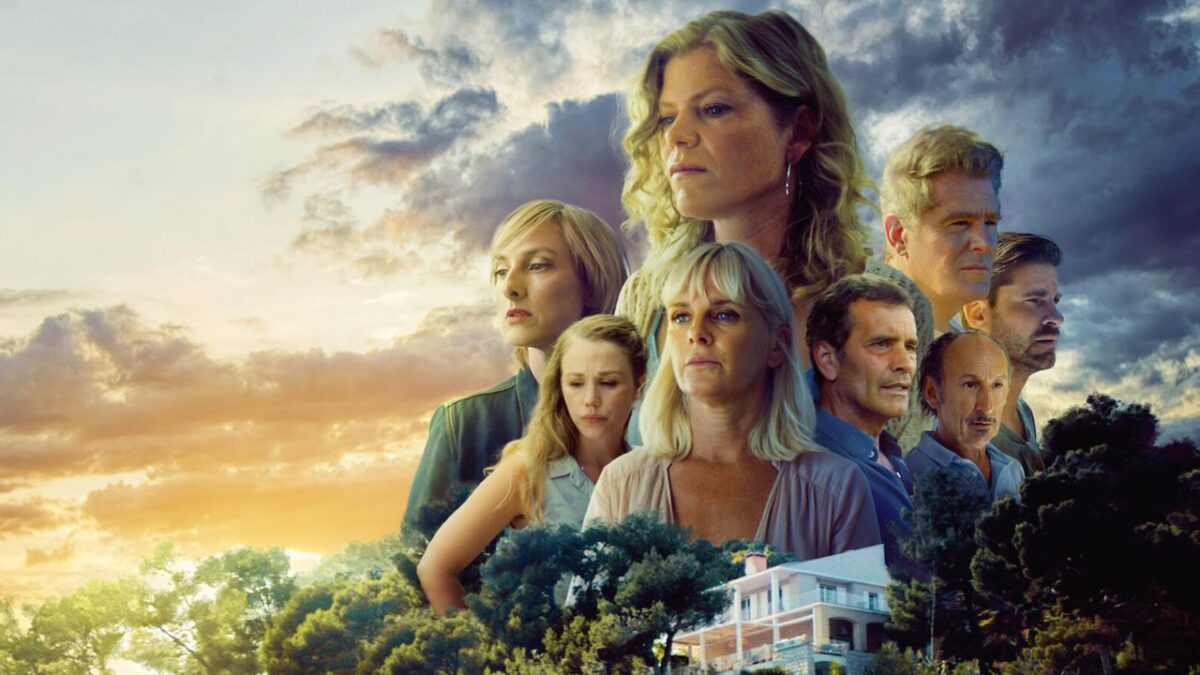 With the arrival of streaming in our lives, the opportunity to check out productions from all over the world has become a certainty. Not only films but series produced in many countries arrived, giving us the opportunity to check out new productions from many of these countries. So, here are ten really cool tips from European series available on streams that will make you not take your eyes off the screen:

A crime and the interpretations of impunity. It has arrived in the Netflix catalog, a Belgian miniseries that seeks, in its intense six episodes, to show us the unfolding, over decades of a timeline, about a crime committed by a group of friends who gather times later where the truths are played. on the table. Dois Verões brings to the public’s reflection interpretations of the characters for the violence committed and what would be the proposed forms of punishment.

In the plot, we meet the police officer Naia (Danica Curcic), a woman who suffers from not having time to take care of her daughter. A single mother, she is aiming to change jobs to make more time for her family. But a series of murders committed by the same person, a serial killer who leaves dolls made of chestnuts, begin to happen which leads Naia on a harrowing journey towards the truth that involves an old case with a minister from Denmark, Rosa (Iben Dorner) at the epicenter. Naia will have the help of the distressed investigator Mark (Mikkel Boe Følsgaard), a man who lost his wife and daughter years ago in a fire.

In the plot, released in late 2021 on the powerful streaming network, we meet the police officers Jack (Alfred Svensson) and Jim (Dan Ekborg), father and son who are responsible for investigations in a rural town in Sweden. One day, they are surprised by a mysterious robbery that ends up causing a hostage situation. Trying to deal with the situation in the best way, after the conclusion of such a situation, the bandit is not caught leaving the following days full of interrogations to finally find out who was responsible for such an act.

In the plot, we follow the saga over months of the undercover agents of a partnership between the Belgian and Dutch police, Bob (Tom Waes) and Kim (Anna Drijver). They pose as boyfriends close to one of the local drug lords Ferry Bouman (Frank Lammers) who is married to Danielle (Elise Schaap). Struggling to keep their identities in total secrecy, they go through several complicated situations throughout that time, leading them to a series of inconsequences always on the fine line between reason and emotion.

In the complex plot, we meet Mateo (Mario Casas), a man who spent a few years in prison for murdering a young man in a fight outside a nightclub. With his future uncertain, he leaves prison and seeks some fresh start alongside his brother in a law firm. Parallel to his departure ends up finding Olivia (Aura Garrido) with whom he soon falls in love and promises never to hide anything from him. Time passes and things start to get mysterious when Mateo is pursued by those who judge him to this day for what happened the night he was arrested and parallel to that we know that Olivia hides a secret that will put this relationship in check at all times. Thus, we embark on a bloody plot full of mysterious characters, a pimp, a corrupt cop, a nun who hides her past and a policewoman who trained her whole life to be a detective.

In the plot, we meet Romeo (Asier Etxeandia), a pimp who has set up his prostitution business, which has been very profitable for him, in an isolated spot in a trendy city. In this brothel, we find Coral (Verónica Sánchez), Wendy (Lali Esposito) and Ginny (Yany Prado), three women of different age groups, with completely opposite thoughts at times but who will now need each other after being the authors of a situation that led Romeo almost to death. Thus, a bloody battle is imposed over the city between Romeo’s mandates, the Moses brothers (Miguel Angel Silvestre) and Christian (Enric Auquer) and the three women.

In the story, we meet Sofie (fabulously played by the excellent actress Ida Engvoll) a woman with two children, in a troubled marriage, whose father is indecipherable in her agonies. She starts a new job in a publishing house as a new business consultant and responsible for the complicated transition from physical to digital for this company that has been around for a long time. In that same company we know Max (Bjorn Mosten), a computer intern, who soon clashes with Sofie. One night, where Sofie stays late at work, Max catches her masturbating at her desk, collecting evidence about what happened. The next day, it seems that a blackmail game starts but Sofie gets on the idea, both start playing a provocative game and thus get closer in an intense and provocative way.

In Normal People we follow the ups and downs of a friendship relationship and something more of two young people from a small town in Ireland. Marianne (Daisy Edgar-Jones) is a lonely young woman who has many difficulties in relating to those around her, especially her family and high school friends. Connell (Paul Mescal) is everyone’s darling, loved by his mother, by his friends, star of high school rugby. Marianne is from a wealthy family, Connell is not. One day, the two start talking and little by little, and with countless passages of time ahead (college time, etc.), they realize that they may have been made for each other, but that alone is not enough to always be together.

In the plot, we follow, in some comings and goings in the script that uses flashbacks to help certain poorly explained issues, the composition of a jury of twelve jurors plus two alternates who were chosen by lot to integrate the cast of citizens who will define the destiny of Frie Palmers (Maaike Cafmeyer), a school employee who is accused of killing her young son and her teenage best friend. Throughout the episodes, we gradually discover the secrets of this case and also a lot about the troubled lives of some of those who are part of this jury.

We met the powerful businessman Víctor Genovés (Luis Tosar), who, after being awarded a gigantic inheritance from another powerful man, becomes president of one of the most influential and successful communication groups in Europe. Lonely in his luxurious penthouse, seeking a better relationship with his son who lives with his ex-wife, he spends his days at the office and playing a guitar alone in his short free time. All that changes when one day he starts to receive letters from a group that calls themselves Midas’ Favorites that threatens him with death whenever he doesn’t deposit a certain amount in a certain bank account. So, having to involve the police, the state, a journalist with whom he becomes romantically involved, Victor will need a lot of mental strength to come up with the best solutions, but can he?