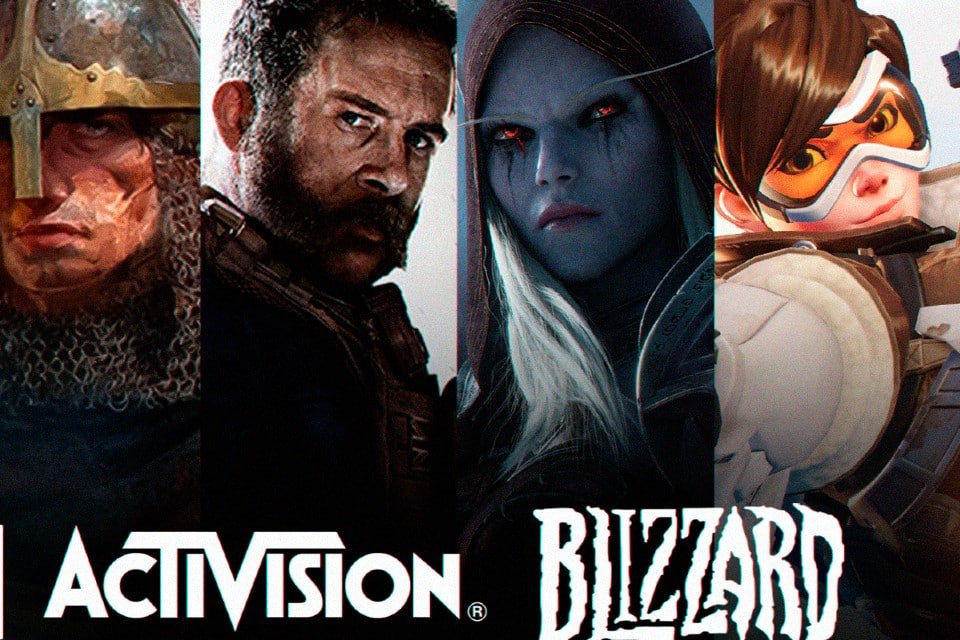 As the bureaucracy of the purchase of Activision Blizzard by Microsoft is approaching its last stages, little by little we are also getting to know some more details about its backstage. Interestingly, the transparency of Brazilian legislation and its public bodies ended up putting us right in the center of today’s topic (1)!

After all, for the deal to be approved for good, it is not enough to just receive the “ok” in the main video game market in the world, the United States. In addition to the US, some procedures also need to happen around almost 20 other regulatory countries, which involves South Korea, New Zealand, Japan, China and… of course, our Brazil too!

Questions sent to the main producers

Here, according to findings on the Reddit forum, the analysis only started on May 20th. At the time, third-party companies outside the purchase process had to answer some questions about the negotiation in order to cross-reference this data with the numbers sent by Microsoft and Activision Blizzard. Companies covered include big names like Sony, Warner Bros., Ubisoft, Nuuvem, Bandai Namco, Riot Games, Meta, Google, Amazon and more!

Although not everything is open to the public, some questions of global interest were answered by all these companies, such as “does your company agree that physical and digital distribution are separate markets? Or do they compete for one market?”; “Should the video game digital distribution market be segmented between PC, consoles and mobile, or is it all part of a single market?”; “For your company, are subscription services like Xbox Game Pass just part of the digital market or are they a more specific market?”

The questionnaire continues, with questions such as: “for the consumer, are subscription services direct competitors of the individual purchase model?”; “Are there relevant barriers to entering the electronic game market?”; “Do digital store contracts include limited-time exclusivity clauses?”; “in your experience, do Microsoft’s terms differ significantly from the others?”; and perhaps the most important of all: “Does Activision Blizzard publish a game that, due to its specificities, does not have close competitors produced by other companies? A possible future exclusivity of them would impact the market to what extent?”

And how did they respond?

As was to be expected, among all the companies approached, the one that raised the most objections was Sony, which based its argument around the way that Call of Duty is one of the main products on the market today and virtually irreplaceable, in addition to pointing out that the Xbox Game Pass can hurt the interests of producers and consumers.

His answer ends up being the most interesting precisely because it is the most antagonistic among all the participants. According to Sony, all existing games compete at the same time for player engagement, and consumers choose their platforms according to price, technical specifications and available game catalog, which is the main factor at the time of purchase. .

In Sony’s eyes, there are few companies interested and capable of making AAA games, which include EA, Rockstar and Epic Games, but even they could not compete with Call of Duty, which would exist in a category of its own. COD is so popular that it’s a reason to buy consoles, claims Sony, further pointing out that even a company with a similar budget couldn’t create a worthy rival. Above all, COD is a substantial part of PlayStation’s profits, but the numbers themselves have been withheld from the public.

On the other hand, all other companies gave more friendly responses, with the most receptive voices coming from third parties such as Bandai Namco, Ubisoft, WB and Riot Games, who do not consider Activision Blizzard games “unique” or “irreplaceable”, and they also don’t expect to undergo major changes after the purchase is complete.

Other technology giants such as Amazon, Google and Apple gave more disinterested responses on the topic, which in fact impacts them very little or even nothing. But what about you, what is your opinion both on the purchase made by Microsoft and on the antitrust arguments raised during this entire investigation? Tell us on Voxel’s social media!

Previous Post
Icelandic band is successful with version of “Ilariê”, the hit by Xuxa, Veja!
Next Post
HBO Max | Recent Success Series to Like on the Platform