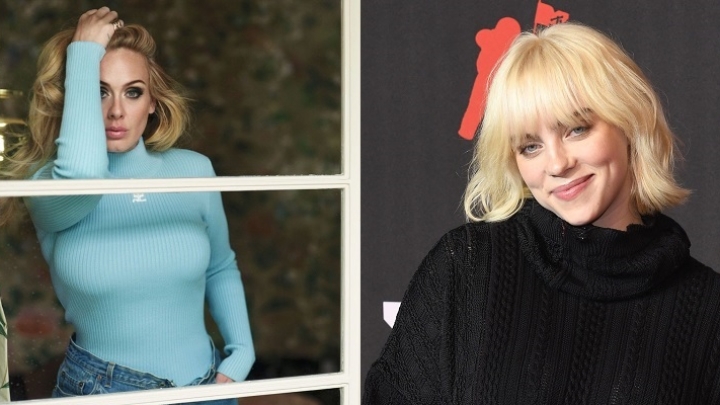 Billie Eilish is today one of the most popular artists among young audiences around the world. One of the biggest voices in the music industry, Adele said, in an interview with “Elle”, that her home is no different.

She revealed that her nine-year-old son Angelo is a big fan of the voice of “Happier Than Ever”. With good humor, Adele called her son “obsessed” with Billie’s music.

“He goes up to his room after school and reads all the lyrics and then he wants to discuss them with me,” Adele said. And the British star proved to be a mother who supports her son’s taste, remembering that she took him to a Billie concert in London.

On her return to the stage, in early July, at the BST Hyde Park festival, the singer shared this moment with her fans and praised the North American a lot. “She was absolutely phenomenal, she was absolutely amazing.”

Watch the video below that Adele praises Billie Eilish during her show:

Adele reveals she went to see Billie Eilish in concert: