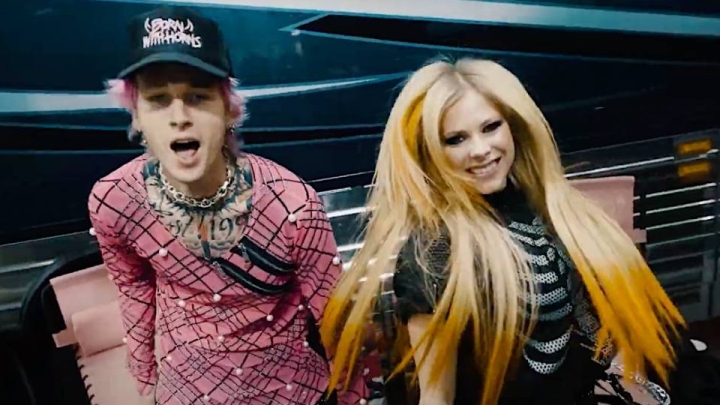 As promised, Avril Lavigne released the video for “Bois Lie”, a song that features Machine Gun Kelly and is part of the singer’s latest album, “Love Sux”, which came out in February this year.

The artist, who had already announced that she would release the video this week, told on social media that the scenes were recorded during the Machine Gun Kelly tour, in which she opened some of the presentations and took the stage with the star to play the partnership.

“Okay, if you came to the ‘Mainstream Sellout Tour,’ you know every night was sensational. Not only was my set fun as fuck, but I jumped with the Kells every night when we played ‘Bois Lie’ for you. So here it is…OUR VIDEO OF THE SONG ‘BOIS LIE’ that we recorded during this summer’s tour,” posted Avril.