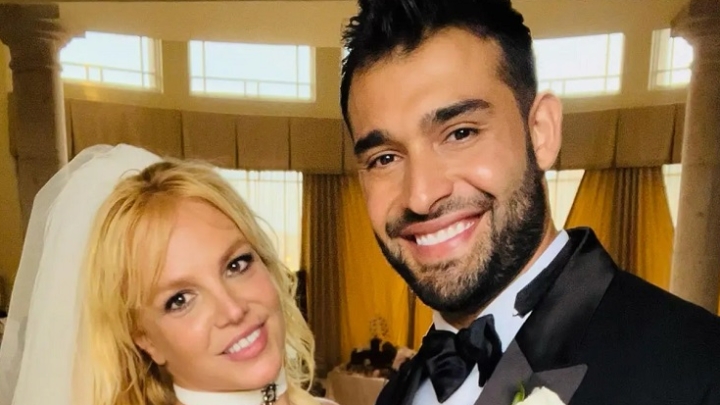 Britney Spears celebrated two months of marriage to Sam Asghari last Sunday (31). The Princess of Pop published and shared two new photos from the ceremony, which she called a “fairy tale”. Britney also left special thanks to a few people, including Selena Gomez and Madonna, who attended the party.

“Guys, it’s only been two months since I got married! Can you believe it?? I’m heading to Disneyland soon, my happy place! This is my fairytale wedding dance floor before we dance… this is our car special… Thanks Drew Barrymore, Selena Gomez, Madonna and Paris Hilton for surprising me! Thanks to Selena for telling me that all she wants is for me to be happy 3 times! It was a really, really, really special wedding!” Is it over there. See below:

Britney and Sam Asghari met in 2016 while filming the video for “Slumber Party”. The two marked the union on June 9 with a party at the Princess of Pop’s own residence in Los Angeles. According to People, the singer wore a Versace dress and walked down the aisle to Elvis Presley’s “Can’t Help Falling In Love.”

“The wedding was everything Britney could ever want and more,” a source told the newspaper.