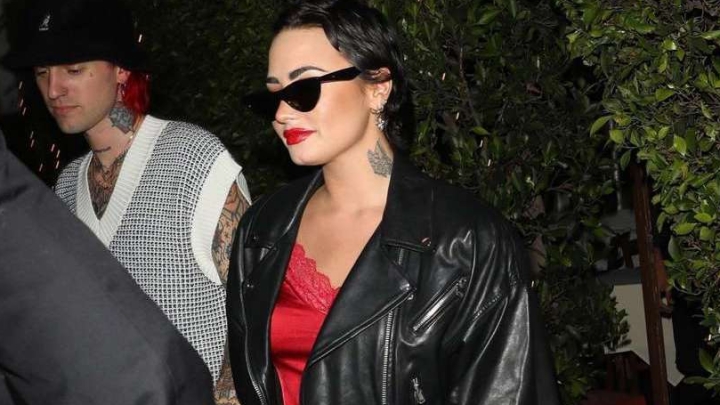 Demi Lovato turned 30 on Saturday (20) and celebrated the date alongside her new boyfriend, musician and collaborator Jutes. The two were photographed holding hands (in the featured image), leaving the Giorgio Baldi restaurant in Santa Monica, Calif., according to People.

The musician published a tribute to the singer on his Instagram, posting a declaration of love and photos of the two together. “Congratulations baby. You’re a 30 year old babe and I’m the luckiest idiot in the world because I get to call you mine. Making you laugh has become my new obsession because your smile literally cures my depression (there’s a song about it) there somewhere),” he wrote.

“I’m so proud of you for not only surviving everything you’ve been through, but also becoming the healthiest, happiest, sweetest version of you. And that’s all, love… I’m just here to support you and tell stupid parenting jokes when necessary. You are more than your music, more than your voice, more than a pretty face. You are everything. I love you. Note: the last slide is the cutest video on the internet. Literally exploding from joy. How can you be real?” he added.

Jutes collaborated with Demi on her new album, “Holy Fvck”. In a post on social media, the musician released the artist’s album and said that he helped compose the tracks “SUBSTANCE”, “HAPPY ENDING” and “CITY OF ANGELS”.

The two were first photographed together just days before the release of Demi’s album, during a walk and dinner in New York. “It’s a very happy, healthy relationship. He’s a super nice guy,” a source told People.