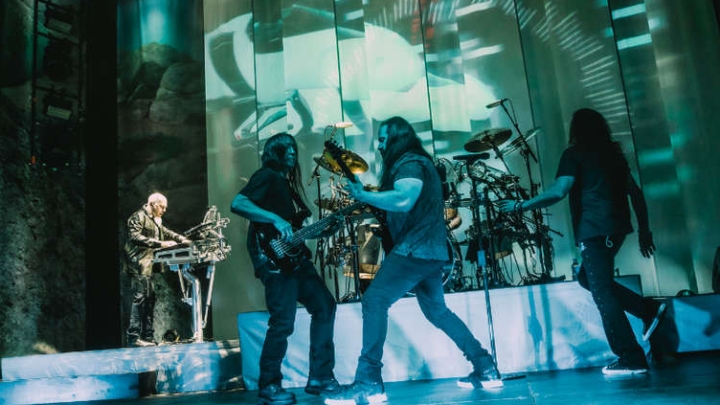 In just a few minutes, Dream Theater will bring their metal with progressive tinctures to the World Stage of Rock in Rio. This will be their first performance within the festival, although the band has been visiting Brazil frequently for a long time.

The quintet has not yet released the official setlist for the production of the event, but it is relatively easy to predict what they will play since, just like Iron Maiden recently, they have been showing the same repertoire every night (the exception was precisely the concert they did at the Japanese Download Festival where they took two songs off the setlist and played one exclusively for Japanese people).

On this “Top of the World Tour”, DT is focusing on the latest material. Four of the ten songs they played the day before yesterday in São Paulo came from “A View from the Top of the World”, released just under a year ago. Another five were released between 2002 and 2011 and only one comes from the 90s, “6:00”, from “Awake”, from 1994.

If they repeat the setlist of 64, out of the 65 shows they’ve played on the tour so far, the setlist will be as follows:

“The Alien”
“6:00”
“Awaken The Master”
“Endless Sacrifice”
“Bridges In The Sky”
“Invisible Monster”
“About To Crash”
“The Ministry Of Lost Souls”
“A View From The Top Of The World”
Bis
“The Count Of Tuscany”