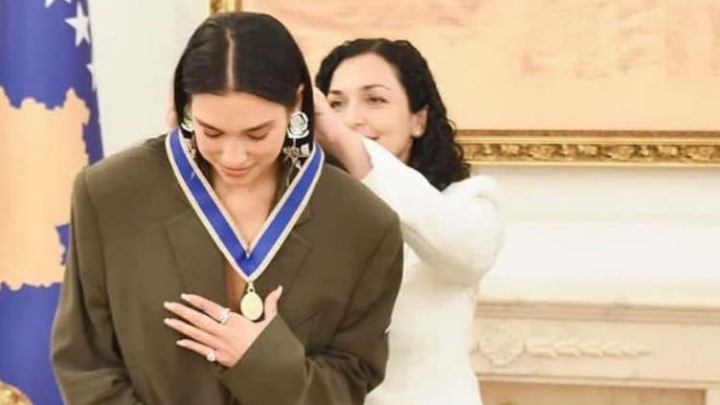 “It’s an honor and a privilege to be able to represent my country around the world”, that’s how Dua Lipa summed up her feelings on winning the title of Honorary Ambassador of Kosovo by President Vjosa Osmani. The singer is the daughter of Kosovar-Albanian immigrants who came to England during the Yugoslav war in the 1990s.

Lipa, born in 1995, at age 13 moved to Pristina, which became the capital of Kosovo, when it announced its independence. In 2010 she returned to the UK.

Lipa said he hopes he can continue his work and make a difference for his people. “Kosovo’s youth deserve the right to visa-free travel (to move around Europe), the freedom to travel and dream big. Thank you”, concluded the singer who took her new show to Pristina, the same one that will soon be seen on Brazil (September 8 in São Paulo and 11 in Rock in Rio). She performed at the Sunny Hill Festival, created by her and her father.