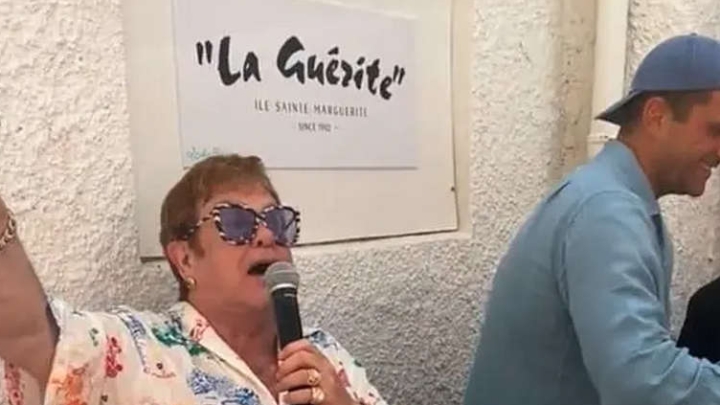 Elton John once again surprised the patrons of the restaurant La Guerite, in Cannes, France, by going up once again to the station where the house DJ animated the regulars, to ask him to play a song.

The song, in this case, was “Hold Me Closer”, his long-awaited partnership with Britney Spears, whose last work came out in 2016. The single will be released this Friday (26) but it is already possible to know how it will be, since that the video was posted by Elton on his social media.

Last year, the star showed customers at the same restaurant firsthand the single “Cold Heart”, which became a huge hit.

As has been speculated, “Hold Me Closer” follows the pattern of the aforementioned “Cold Heart (With Dua Lipa) (Pnau Remix)”. It also pairs the singer with a pop star, now with Britney in place of Dua Lipa, in a song that fuses an Elton classic from the 70s and a hit by the artist from a later phase, in a new oeuvre.

Sneak peak of Hold Me Closer – out this Friday ??#HoldMeCloser pic.twitter.com/O7ull88sl4