Evil West gets an extended trailer detailing its gameplay 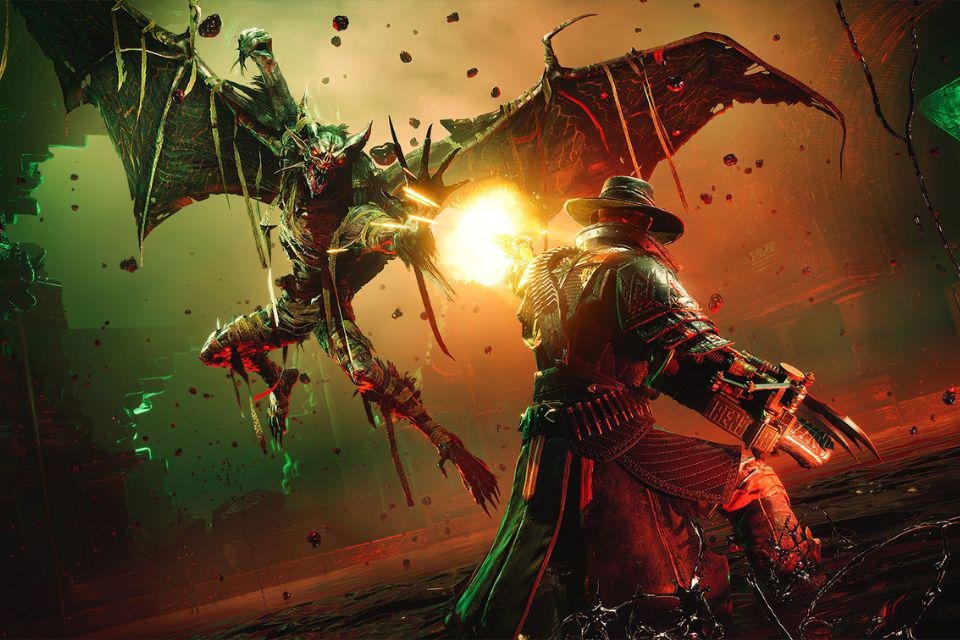 Flying Wild Hog’s Evil West has a new extended trailer showing much of its gameplay in detail. The video is a little over ten minutes long and is cut by some cutscenes, but it shows a lot of what can be done in the game – HUD and all!

As the name suggests, Evil West takes players into a wild west setting, but doesn’t seek realism. Instead, you’ll be able to use magical abilities, tools, and steampunk and all manner of creatively modified weapons to take on demonic foes.

The video starts with a little scene that brings some context to the part that will be played. Then, with the player in control, some of its visuals and scenarios are highlighted with a peaceful walk through a mansion. But soon we’re in the action and particle effects fill the screen.

It is interesting to note in the video that the skills unlock screen appears, showing a little of what will be possible to expand in gameplay. We can also see some quick snippets of translation through the scenario and towards the final third of the video it becomes clear that Evil West is going to throw a barrage of enemies at the player.

To close it off right, the trailer also features a boss battle at the end of the video, which unfortunately we can’t see until its conclusion.

Evil West was promised for November 22 this year, coming out on PC, PS5, PS4, Xbox One, and Xbox Series X|S.

Previous Post
9 Free PC and Console Games to Enjoy This Weekend
Next Post
Green Day debuts at Rock in Rio in style. See the best moments!