Gotham Knights wants to make the most of its characters! 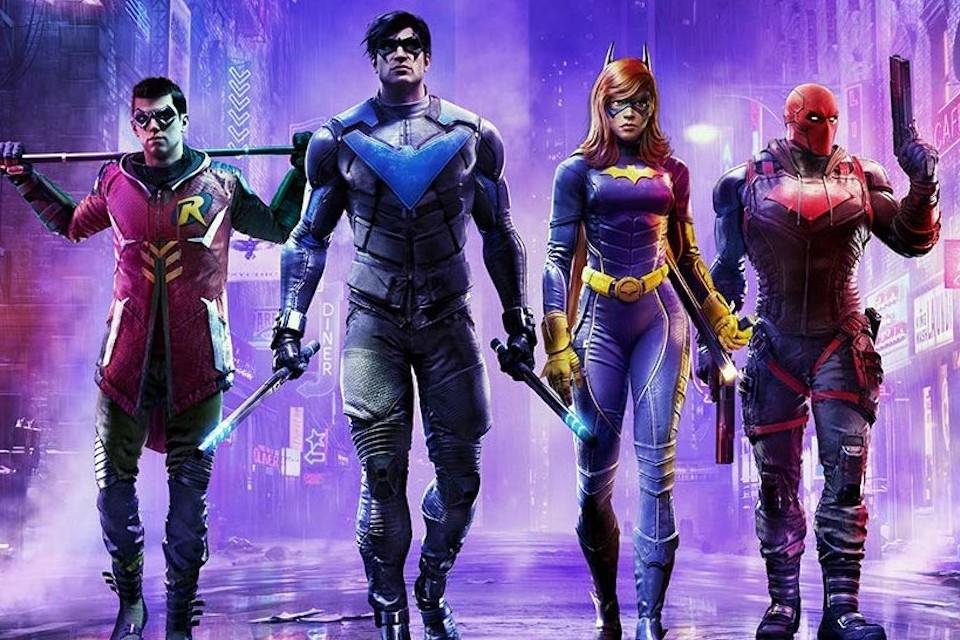 Gotham Knights is set for release on October 25, 2022 on PC, PlayStation 5 and Xbox Series X/S, but while the game doesn’t make it to our consoles, WB Games invited us for an exclusive interview with director Geoff Ellenor and writer boss Ceri Young, where we discussed what to expect from the game. Check out our chat below!

A lot of people love the Arkham series games with a passion, and it’s inevitable to escape comparisons when making a new game about the Batman universe. How do you deal with that pressure, and what do you think sets Gotham Knights apart from previous games?

Geoff Ellenor: It’s nice that the fans are excited, and we love these games too! But that being said, creatively for us, from day one Gotham Knights has always been thought of as its own story and universe.

Ceri Young: We look at the characters we have and think about what they would be like in a world without Batman. So we went into it wanting to tell the story from their perspective, because each of the four heroes sees the world in their own way. They are all different from Batman and have unique perspectives!

We love them and we wanted to make them in a way that was very loyal to the comics, but also in our own way. So we worked around that idea rather than comparing ourselves to other things.

Geoff Ellenor: We started with a game that we could play with our friends, everyone using these amazing Gotham crime fighters. And I don’t like to give the creative director all the credit (laughs), but I think it was Patrick Redding who said “what would it be like for these heroes if Batman wasn’t there, and they woke up and had to do their job in the following day?”

I still remember seeing this idea on the blackboard and it became the foundation of everything! Mechanically, we’ve always made our own game, and it’s always been a game that could be enjoyed cooperatively! We were also inspired by some more recent games, and there were mechanical aspects that the team were excited to bring to Gotham, but it was always about the four amazing personalities that were trained by Batman, and who now have to go to the cold streets of Gotham to do it. your job.

And since we are talking about Gotham, this must be one of the fictional cities that received the most different versions in the movies, comics and cartoons. Are any of them your favorite and were they the biggest inspiration for the game?

Geoff Ellenor: I’m going to sound really full of myself right now (laughs), but honestly my favorite version of Gotham is the one we’re doing ourselves! I love every inch of the place we built, it’s fun to venture out there and the view is beautiful at different times and temperatures.

Our Gotham represents what we think is important to history, because it is a city full of layers and contrasts, with wonderful aspirational architecture representing the ambitions of the rich to build something that would outlast themselves, but also the people’s side. but poor, who live and have to work there in this corrupt city.

I’ll even say that in the movie The Batman there’s a scene where they show the train station and it happened to be identical, absolutely identical to the game, and I even screamed at the time, that was very exciting!

One doubt I had when watching the trailer and gameplay is whether playing with different characters significantly changes the course of the story and its challenges, such as the detective parts. Does each hero have their own missions or is it the same for everyone?

Geoff Ellenor: The individual puzzles are the same for all characters, the challenges they present are the same, but the way they react to them is different!

Ceri Young: We wanted to differentiate our characters between what they know and what they’re ignorant. For example, you might find a paper written in a foreign language that Tim can’t speak, but Nightwing is multilingual and can help. There are these little differences, and we wanted to take advantage of the fact that Batman is the greatest detective on the planet and that our heroes trained with him. We wanted players to feel like detective apprentices too!

Geoff Ellenor: And it’s the same campaign whether you decide to play alone or with friends! Absolutely everything in our narrative arc was designed to support one or two players. It’s all the same, but there are moments of dialogue where, if you’re playing with someone else, your character might say something you wouldn’t hear playing alone, but you don’t lose anything else in any way of playing.

Ceri Young: Every character has a very unique voice and interesting takes, so even though the events are the same for all the heroes, the story turns out to be different!

I don’t know if it’s too early to talk about it, but do you think about adding even more characters and stages in the future? Because nowadays it is increasingly common to see games gaining more support over the months and years…

Geoff Ellenor: Unfortunately there is nothing I can say about this very interesting question today (laughs).

And still in terms of spoilers, can you tell us something about how the game will be outside the main campaign? Because I loved hunting Riddles in Arkham, so will we also have side quests and cool collectibles here?

Geoff Ellenor: I’m thinking about how I can respond to that without breaking any of our PR strategies… (laughs) Because I know we’re going to talk more about these things soon, but for sure we’ll be able to fight crime and do some activities, participating in side stories… we will definitely have things to collect! There’s going to be a lot of fun stuff to do, and we’ll communicate more about that soon!

Previous Post
‘Thor: Love and Thunder’ Passes $700 Million at Worldwide Box Office
Next Post
Review | Never Have I Ever…: Season 3 Fixes the Mistakes of the Previous Cycle and Prepares for its End