Green Day arrives in Brazil for Rock in Rio and meets fans at the airport and hotel. Look! 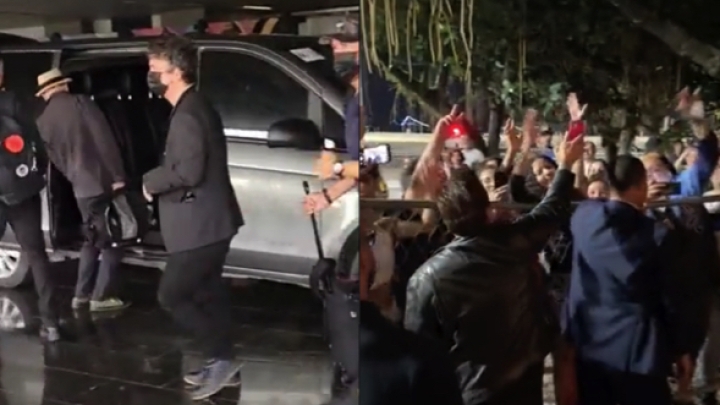 Green Day is already in Brazil to perform at Rock in Rio. The band led by Billie Joe Armstrong arrived in Rio de Janeiro yesterday (7th) and will perform at the Festival’s Mundo Stage this Friday (9th).

The trio closes a night that will also feature Fall Out Boy, Billy Idol and Capital Inicial on the same stage, in addition to Avril Lavigne, Jão, Di Ferrero, Vitor Kley and more on the Sunset Stage.

The band was received by fans at Galeão International Airport and attended the audience, signing autographs and taking pictures. See the images below:

Look who just arrived in Brazil! The @GreenDay troupe with @BillieJoe, @MikeDirnt and @TreCool is already in Brazilian lands for @RockinRio.

GREEN DAY IS AMONG US! ?

The band arrived today, the 7th, this morning and met some fans who were at the airport! ?

Look at @BillieJoe and @MikeDirnt from @GreenDay arriving in Rio and meeting fans at the airport. pic.twitter.com/LRm10SZCVB

The fans also waited for the band at the hotel, which still interacted with members of Måneskin to the delight of those in front.