In São Paulo, Demi Lovato sings a lot of news, hits and covers. See excerpts from the show 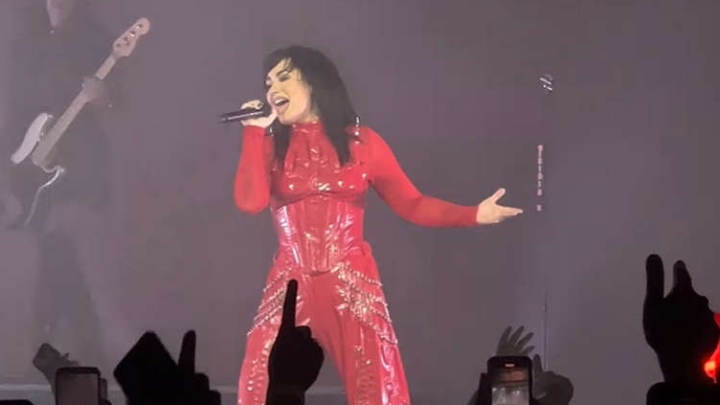 After five years, Demi Lovato is back on a Brazilian stage, rekindling a bond that comes between her and her local fans. The singer should have ended her previous tour here, but, as is always sad to remember, she couldn’t come to recover from the overdose that nearly cost her her life three months ahead of scheduled dates.

Thus, it was a Demi with a renewed spirit, and much more mature, who took the stage at Espaço Unimed (the former Espaço das Américas) in São Paulo in what was only the third show of the “HOLY FVCK Tour” and the first performed after the album release – her eighth studio effort came out last week. The show’s feel was clearly rocker, with guitars appearing in the foreground – not by chance, she went after guitarist Nita Strauss, who for years played with Alice Cooper, to flesh out her sound in concerts.

Of the 19 songs she sang, no less than ten came from the new record. The rest of the repertoire was divided between older songs, which spanned her entire career, and without giving too much focus to any particular album—each record was only remembered once or twice. She also fit two covers on the setlist: “Iris”, by the Goo Goo Dolls, sung with “4 EVER 4 ME” and “La La”, by Ashley Simpson that came along with “La La Land”.

The oldest song on the set was “Don’t Forget”, the title track of her 2008 debut album. From last year’s “Dancing with the Devil…”, she picked only the hopeful “The Art of Starting Over”.

Today, Demi will sing again at Espaço Unimed. Friday (2) she goes to Belo Horizonte and completes the sequence of shows on Sunday, 4, when she performs at Rock in Rio just before Justin Bieber

Check out the show’s setlist: