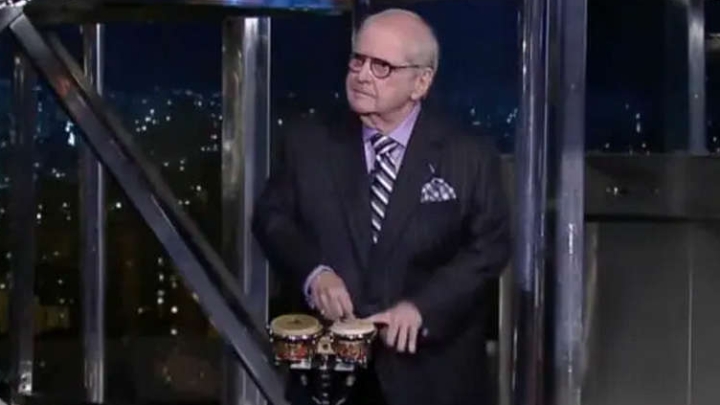 The career of Jô Soares, who died yesterday (5) at the age of 84, went far beyond television, where he did a lot of comedy before winning his talk show. A true “renaissance man”, he was also, among other things, an artist, writer, director (of cinema and theater), musician and composer. In the recording world he also left his mark, albeit in a discreet way, but with several moments, at least, curious. See some records that bear his name. 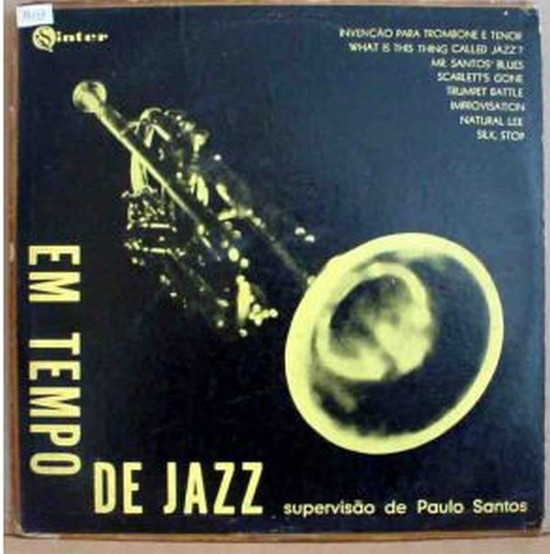 By far the most mythical, and rare record with the presence of “Gordo”. This LP, released in 1956, is considered the first jazz LP made in Brazil. The musicians were recruited by journalist Paulo Santos among the people who participated in lively jam sessions in clubs in Rio. The work counts on the presence of artists who would make history in the music of Brazil, and the world, such as Paulo Moura, João Donato and Luizinho Eça. Jô, or rather “Joe Soares” plays his bongo on “Scarlett’s Gone”.

“Em Tempo de Jazz” is so rare that, not even on YouTube, where almost any album already released can be found, it is available (at least until today). On the Discogs website, only three users say they have a copy. 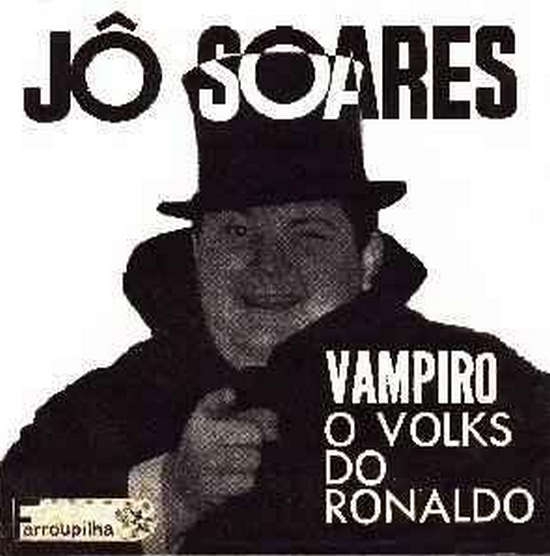 Another rarity, this 7-inch features two 50s-style rocks, complete with a sax solo, fun lyrics and that “Rock Around The Clock” vibe. 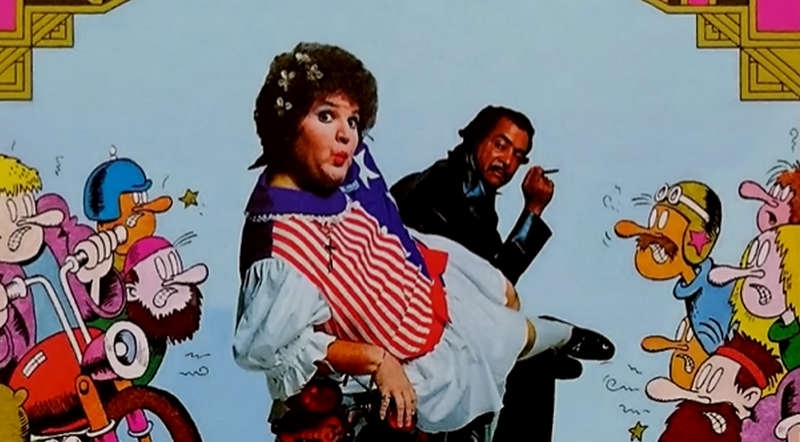 Released in 1972, when Jô was already a humor star, this LP brings the comedian incarnating one of his most famous characters in a humorous work, with songs in different styles (soul, jazz, primitive rock…). The album was re-released on CD in the first decade of this century and its songs are on YouTube but not Spotify. 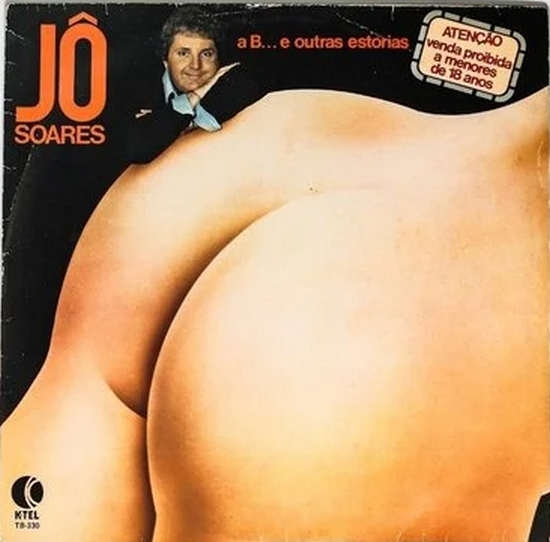 In 1980, Jô was already a superstar of television humor, not for nothing, the following year, he won a program of his own, “Viva O Gordo” – one of the most watched of the entire decade. His solo shows were also hugely successful and this LP gave the opportunity for everyone, ie those over 18, to know what it was like, or have a souvenir, one of his shows.

Of course, more than 40 years later, a good part of these jokes have aged, which does not prevent the album from still making those who listen to it laugh, and that leads the listener to understand a little of the country’s climate at the beginning of the decade when the military dictatorship began to wane, although the wait for a civilian government, and direct elections, took a while. 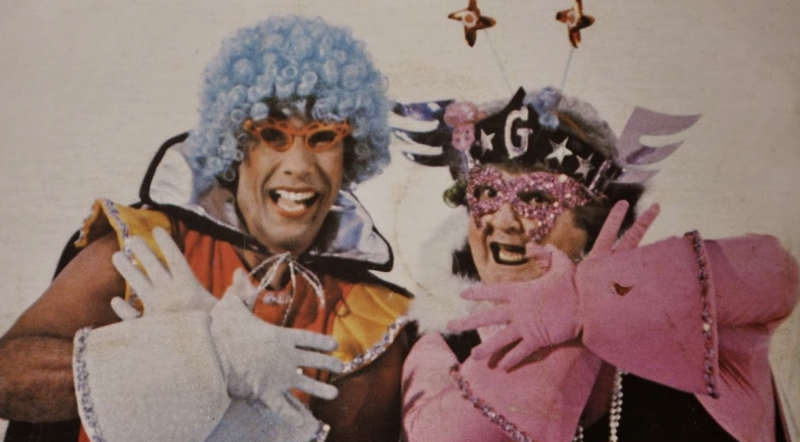 Unlike Chico Anysio, the other king of humor in Globo’s prime time, Jô had a habit of not repeating his characters every season of “Viva o Gordo”. So many unforgettable types were seen for just one year. Captain Gay, alongside his faithful squire Carlos Suely, was the great sensation of “Viva O Gordo” in 1982, which motivated the release of a single with his theme song. 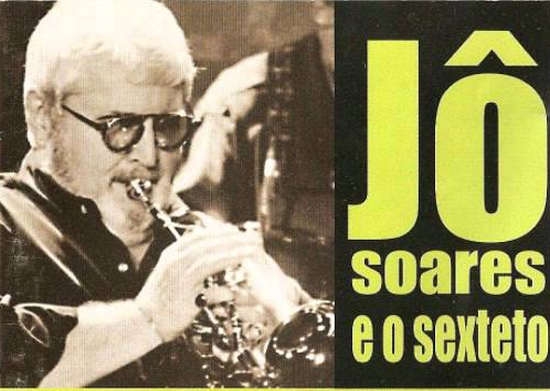 Jazz remained Jô’s great musical passion throughout his life. A great collector of records of the genre, he presented radio programs dedicated to the genre for years and, in 2000, he released this CD alongside the faithful sextet, which was also a quintet and quartet, who accompanied him both on “Jô Soares 11 and 30” and in “Programa do Jô”.

Recorded live in 1999, the album features Jô playing the trumpet and bongo in a repertoire made up of standards as well as his own theme. 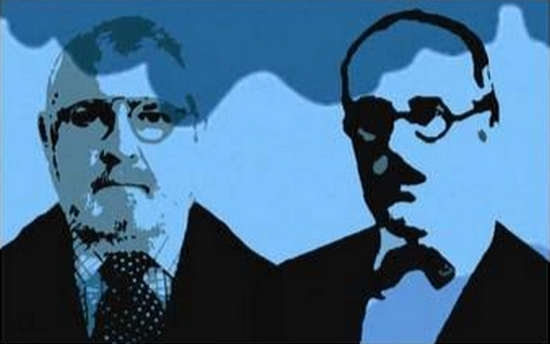 Jô also loved the writings of Fernando Pessoa and made that clear in his long career. In 1985 he participated in an LP in which several artists set poems by the great master of the Portuguese language to music – the selected team was quite eclectic, ranging from Tom Jobim to Ritchie and from Arrigo Barnabé to Edu Lobo and can be heard on Spotify.

Decades later, in 2007, Jô focused more intensively on the author’s work, creating a show based on his poems. Soares was careful to present the piece using a Portuguese accent to do the material justice and took it, in a “boldness”, as he said in his autobiography, to Portugal.

“Remix Em Pessoa” had a soundtrack by Billy Forghieri, the keyboardist of Blitz, and also became an album in addition to a beautiful special that can be seen on Globoplay.

Previous Post
‘Ghoster’: Supernatural adventure like ‘Gasparzinho’ wins trailer; Check out!
Next Post
GoldenEye 007 from N64 becomes 007: The Spy Who Loved Me Thanks to the Mod!