Joseph Quinn of “Stranger Things” meets with Metallica and even plays with the band. Look! 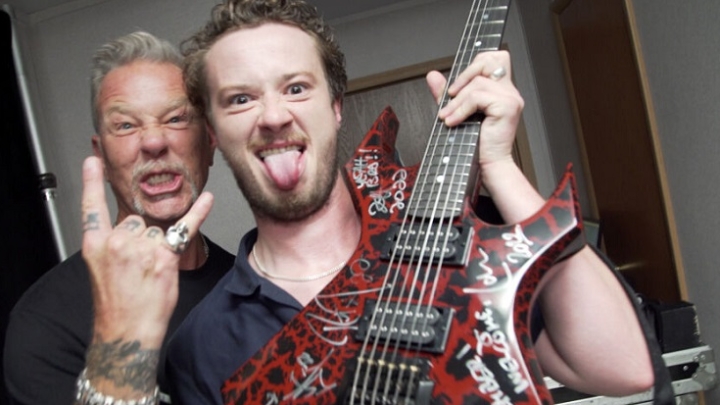 Joseph Quinn, known for his role as Eddie Munson in the series “Stranger Things”, attended a meeting with the band Metallica, last Thursday (28). The actor visited the metal legends backstage at the Lollapalooza festival in Chicago, United States.

During the conversation, singer James Hetfield said that he is a fan of the series and has been watching it since the first season with his children: “It was an experience that brought us together”. Jospeh thanked him for the words and also for the band allowing the series to use one of his songs.

When asked if the actor wanted to play with them “Master Of Puppets”, a classic played by Eddie in the final episode of the fourth season, he readily accepted. And the result was great, with guitarist Kirk Hammett praising him: “You’re signed!”

The good mood followed with drummer Lars Ulrich asking for the floor: “We’d like to make an announcement. Metallica is a five-piece band now.”

On the same day, the metal group played on the main stage of Lollapalooza and during the performance of “Master Of Puppets”, scenes of Eddie in “Stranger Things” were shown on the big screen. The audience response was immediate, celebrating a lot.

Previous Post
How much does an eSports professional make in Brazil?
Next Post
Metal Gear Solid 2, from 2001, still impresses with details