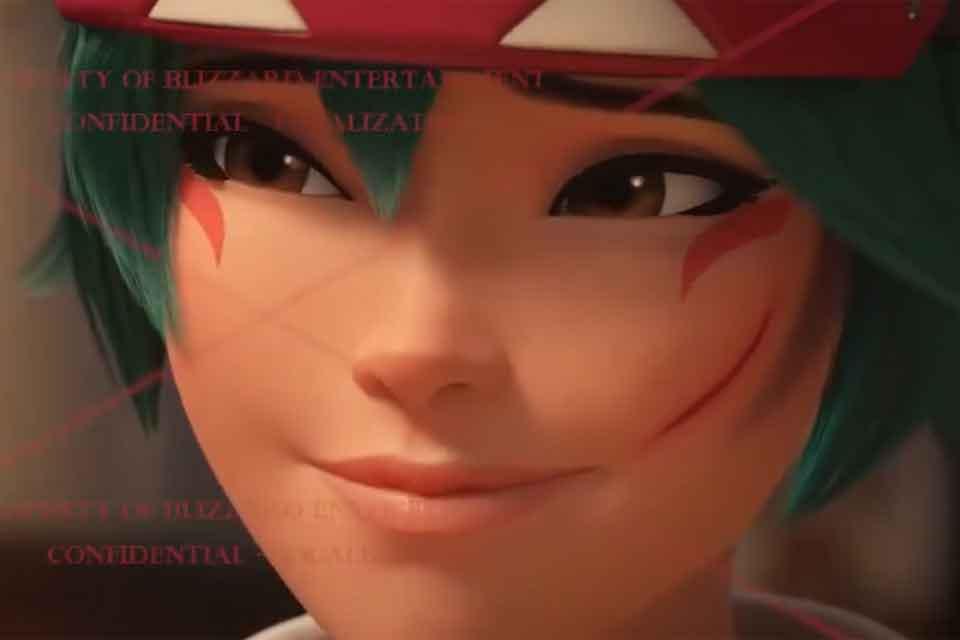 Kiriko is the name of the new heroine who will make her debut in Overwatch 2, according to a trailer that leaked ahead of time this Thursday, the 8th. The nearly ten-minute long video was originally posted on YouTube by user Kuriboh Cervantes and represents a preliminary version of your cinematic trailerwhich follows the pattern of Blizzard animations.

As the character has not yet been officially revealed, the video has already been taken off the air due to a copyright claim by the developer itself, which ends up giving even more credibility to the leak.

Not much is known about his history and abilities yet, but the video indicates that Kiriko will fulfill the supporting role and will be able to hurl daggers at your opponents. In addition, she can teleport and heal injuries, as well as summon traditional Shinto shrine gates, called Torii, in what appears to be her ultimate ability.

As for her look, Kiriko has green hair and a type of red hakama, a traditional Japanese dress worn by priestesses at Shinto shrines. She also appears with a mask of fox ears (kitsune), which is considered a mystical animal in Japanese mythology — just remember the goddess Amaterasu, from Okami.

It’s unclear when Blizzard intends to officially announce Kiriko, but it shouldn’t take long. That’s because Overwatch 2 will be released for free in Early Access on October 4th. It is speculated that it will be revealed by the game’s launch, or at least it will be one of the mid-season news.

Overwatch 2 aims to refine the formula of the original 2016 game, now adopting five-on-five matches with various balance adjustments. This week, the information was also made public that the heroes will be unlockable at no additional cost via the Season Pass, which should include two paths: one free and one paid.

In case you want to watch the unfinished trailer and don’t mind spoilers, just go to this link on Dailymotion and enter the password “overwatch”. It is worth remembering that the video can be taken off the air at any time.