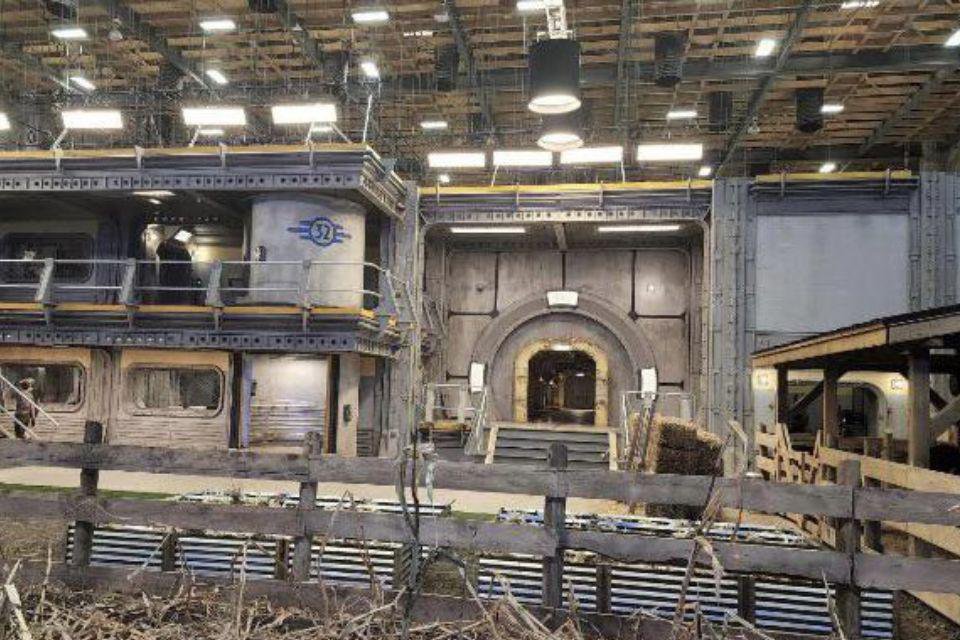 As has become customary in adapting video games to TV series, let’s check out several “leaked” footage of the live action Fallout before its producers show anything official. One of the first “leaks” of its kind brings several images from the film’s set of the series.

The first images were released by a former Bethesda employee, who uses Twitter under the name LoneVaultWanderer. These are good quality photos that show the look that is being prepared for Vault 32, where the series will begin.

My Fallout fanboy dreams are coming true with these set photos from the Fallout Amazon series ?? pic.twitter.com/2YVubJ1fpH

More images appeared on other Twitter accounts as well, looking less authoritative. We can see a wheelbarrow with the Vault-Tec logo and also how the real-life adaptation of the iconic jumpsuits worn by the characters in Fallout turned out.

The level of detail on this Amazon Fallout series ?? pic.twitter.com/fou1UL1vhs

4) The vault suits look spot-on plus a little bit extra. Notice the blue lines on the sides of the arm and legs. Also, the yellow appears more yellow and less gold, I prefer this. What do you think? pic.twitter.com/FfzDr20AIg

It seems that we are still far from a trailer itself, but these images already serve well to inform the style of adaptation that we can expect for the series.

Starting with the aesthetics of the scenarios, you can see that the episodes produced by Amazon will try to directly reflect the look that appears in the games, instead of doing a kind of reinterpretation (as in Resident Evil, for example).

Another interesting thing to note is the size of the sets being assembled for the series. You can see an entire daycare center and what appears to be the main lobby of Vault 32. This could be an indication that the producers will prefer to invest in physical sets over the green background for most of the series.