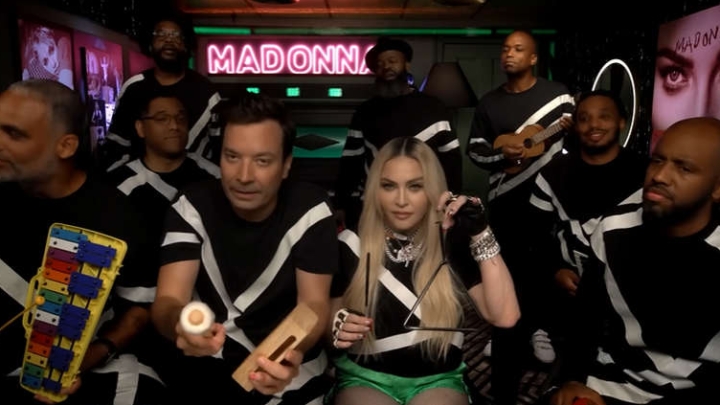 Madonna was yesterday (10) on The Tonight Show, the classic American television talk show currently hosted by Jimmy Fallon. The star gave an interview, where she recalled some moments of her long and successful career and released “Finally Enough Love”, a compilation that brings together all her songs that reached the top of the Billboard dance music chart.

The collection is now available in its most simplified format on streaming services. The complete edition will only be released on the 19th, including the vinyl and CD editions.

Madonna also participated in the panel where the guest joins the presenter and The Roots musicians to sing a hit accompanied only by toy instruments. The song chosen was “Music”, released in 2000 and the 24th “dance number one” by the Queen of Pop.