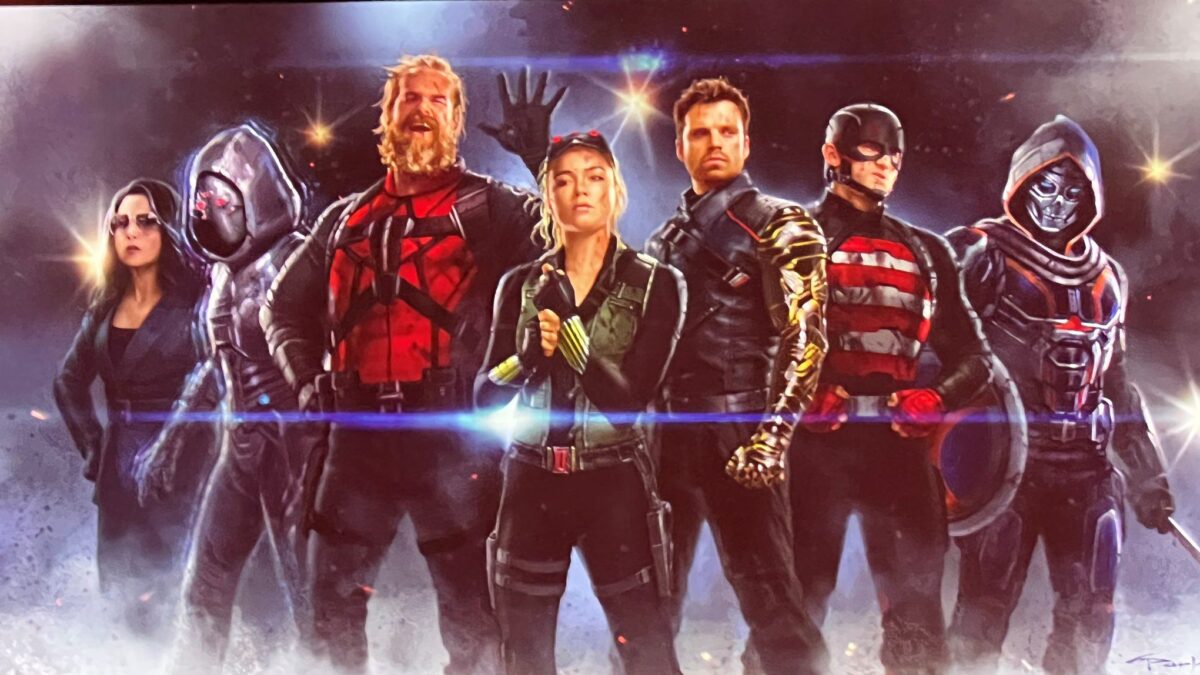 Marvel revealed this Saturday, during its panel at Disney D23, what the full lineup of the ‘thunderbolts‘. In it, we will have Yelena Belova, Red Guardian, Winter Soldier, US Agent, Taskmaster and Ghost.

Below you can see the image released with the present cast, recorded by our Renato Marafon: 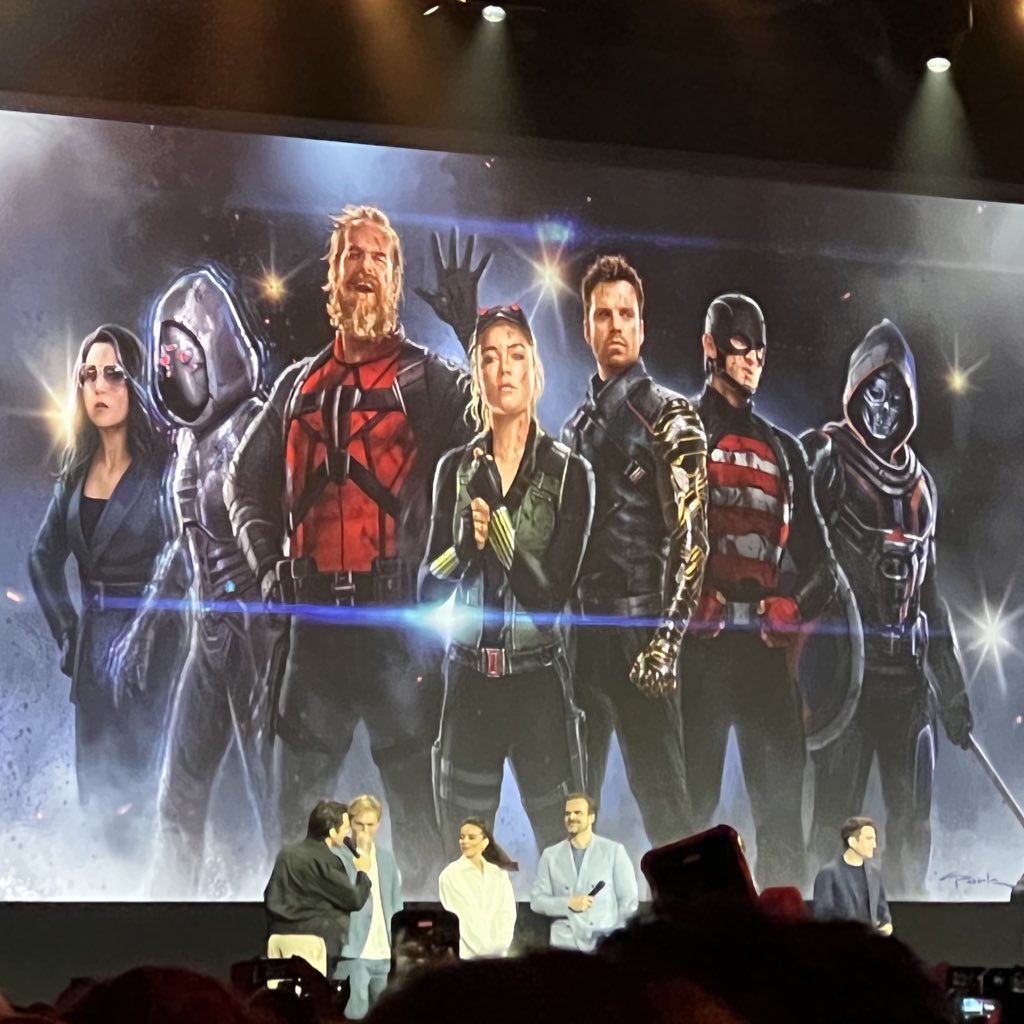 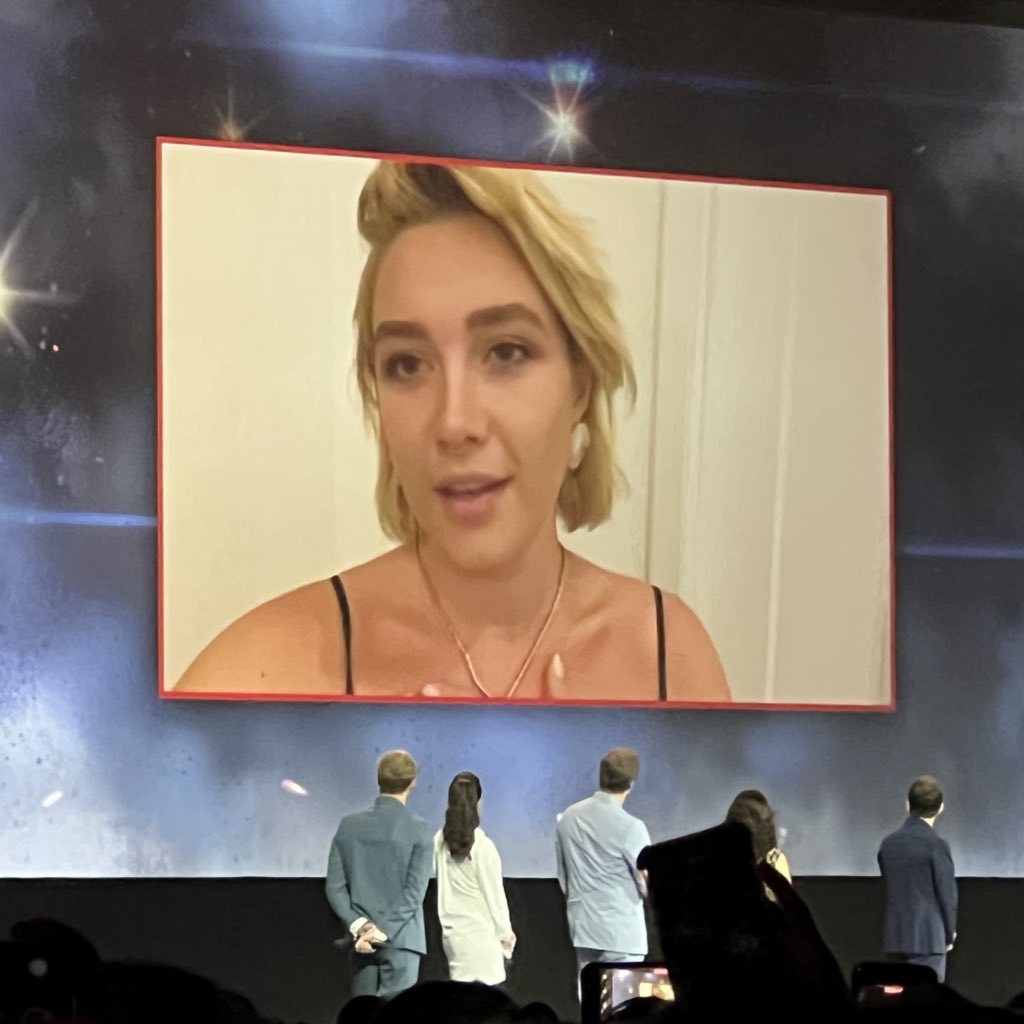 Part of the formation of the’thunderbolts‘ had already been revealed by Deadline journalist Justin Kroll, who spoke firsthand that Yelena Belova would lead the group.

Jake Schreier‎‎ (Frank and the Robot) is set as director, while Eric Pearson (Black Widow) is responsible for the script.

‘Thunderbolts’ will conclude Phase 5, with a premiere scheduled for July 26, 2024.