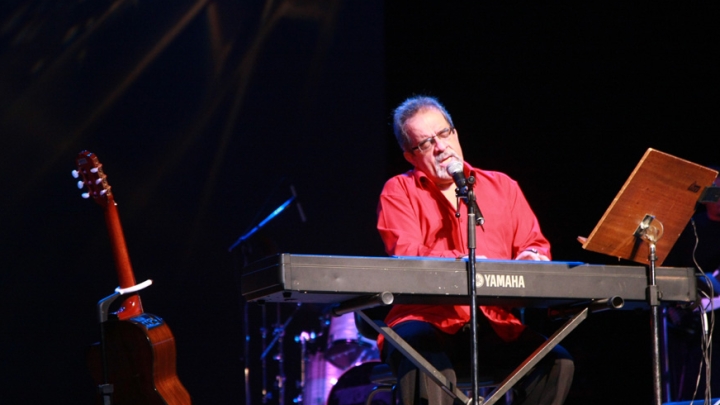 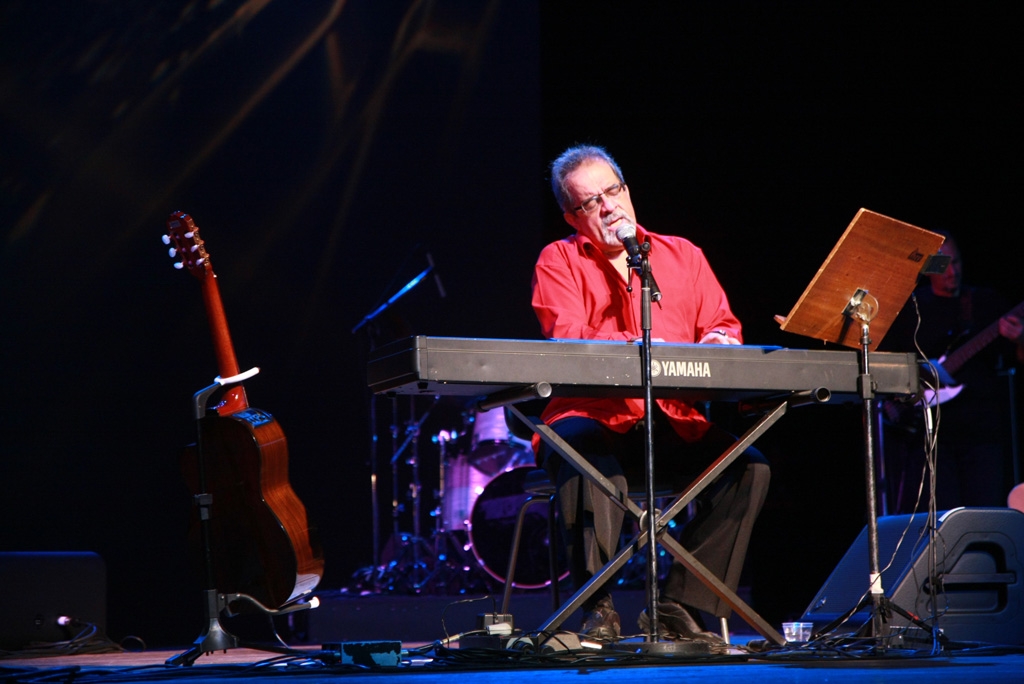 Zé Rodrix (Photo: Caio Paganotti) More than 14 years ago, Vagalume had the chance to have a long bun with one of the most interesting figures in Brazilian music. At that moment, Zé Rodrix was living an interesting moment in his multifaceted life.

After years dedicating himself to advertising and writing, he resumed his artistic career, returning to composing and performing with his old partners, such as Tavito and, of course, with Sá and Guarabyra. Everything indicated that this “third act”, parodying the title of his debut album, would generate great results, but it was not to be.

Just over a year after that conversation, Rodrix suffered a massive heart attack and died at just 61 years old. The interview was published by Vagalume in April 2008, but for years it was off the air. Now, we bring it back, and definitively, the way it was originally published, with just a few minor adjustments. 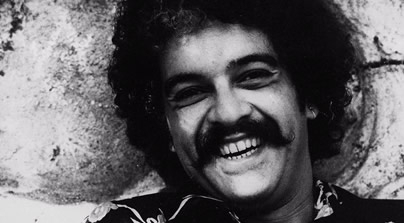 Zé Rodrix’s name may not mean much to young people. After all, he hasn’t released a solo album for over twenty-five years. But just talk about some of his songs and the memory will probably be activated.

Rodrix appeared to the general public in 1967 when he accompanied Edu lobo and Maria Medalha in Ponteio alongside Momento Qu4tro at the Record Festival (“I wish I had a guitar to sing now”). But it was in the 70’s that he left his strongest mark on our music. They were years of great productivity that included the group Som imaginary, the fundamentals Sá, Rodrix and Guarabyra, true creators of country/folk rock that was legitimately Brazilian (or rather rural rock) and a no less brilliant solo career that had everything little: confessional piano ballads, jazzed rock, pop, and Latin music. His songs include Casa no Campo (in partnership with Tavito, immortalized by Elis Regina), Mestre Jonas or Soy latino Americano.

In the 80’s and 90’s, feeling the climate weighing him down, he abandoned his career and started to dedicate himself only to advertising. Responsible for some highly successful jingles (campaigns for Marisa, Chevrolet, Extra or Fininvest prove it).

In 2001 Zé accepted an invitation to reunite with his old teammates Sá and Guarabira in the third Rock in Rio and since then they haven’t been separated since.

Feeling confident again, Rodrix now decided to reactivate his solo career and he did it in style, setting up a show in which he performs alongside a big band and plays songs from these more than 40 years of career. It was in Santos, on the opening day of the show, that we spoke to him.
You are celebrating 40 years of career. With the recording of a live CD and DVD. So let’s start with this project.
I’ve had a dream for a long time to do a show like this, with a big band. A friend, (Santista composer) Sonekka, put me in touch with the people at Sesc de Santos who liked the idea.

For this show I did a survey of my old, new and semi-new repertoire and saw that these songs not only tell my story but also give me the opportunity to say what I think about various things.

In those years when you were “still” you didn’t even do a show?
Not. I mean, we used to play games with Pig’s Knee, but for me that couldn’t be considered work. (Rodrix joined the São Paulo group in the mid-1980s). This whole time I was working on advertising, which was great for me. 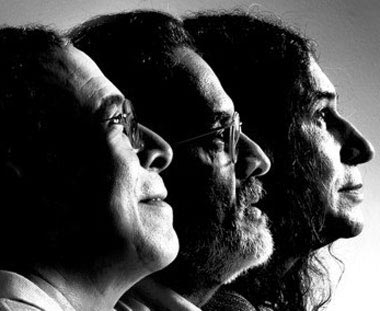 How are Sá, Rodrix and Guarabyra doing?
We’re still on the road and we’re preparing a new cd of unreleased songs to come out in August.

Let’s try to clean up his more than 40 years of career. To start, talk about your first group, Moment Four.
We were a sextet that sang a lot of American and Brazilian folk music. Then we started composing and we wanted to show our songs. We sang more to show the songs to those who were interested in recording them. One day Aloysio Oliveira (from the Elenco label) heard us and said that we should start working singing.

In 1967, we accompanied Edu Lobo and Maria Medalha in Ponteio at the Record Festival, and the song won. Because of that, we worked a lot afterwards. We recorded some compacts, participated in the album of many people and did a season of shows with Nara Leão. At the end of 1968, Ricardo Sá said that he would have to stop because he would go underground (he ended up exiled in Paris, replaced by the kidnapped US ambassador).

In the 60’s there was a very big music patrol with a huge fight between the “nationalists” and the “alienated”. How did you see this clash at the time?
I’ve always been an extremely personal guy and I’ve always believed that art is superior to anything. It is not possible to make art if you are stuck with ideologies, political parties, churches, aesthetic proposals or anything else. The album Momento Quatro is already a very strange album. Because even though he asked for a blessing for that MPB that we worked with, he had very different things. People found it strange, because they thought we were part of that “tradition”.

When the Moment ended, did you go to Som Imaginário or did you do something before?
I went to be a hippie in Rio Grande do Sul with some really nice people I had met at Record. We formed the GRAU group or Grupo Revolucionario de Arte Livre, as we were stupid (laughs). We also made a wonderful rock group called “First Manifestation of the Plague” that left no records. 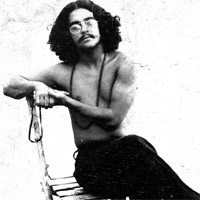 Zé Rodrix Zé Rodrix
How was your sound?
It was kind of avant-garde psychedelic sound.

Soon after, you set up Som Imaginário. How did you get to Wagner Tiso and the other guys?
I went back to Rio de Janeiro and met Tavito who was definitely already there. On the beach we met another friend and we went to live at his house. This friend said he was preparing a show for Milton Nascimento. He joined us to the trio that played with Milton (Wagner Tiso, Luis Alvez and Robertinho Silva). Finally came Laudir de Oliveira, who had returned from the United States and we put together this sextet. We debuted on Passion Friday 1970 in the show “Milton Nascimento ah, e o Som imaginary”.

Soon after, Laudir returned to the US to play with Chicago, Naná Vasconcellos didn’t stay long either and we finally called (guitarist) Fredera. That’s when we became a more rock band.

Something that stands out in Som Imaginário is that the progressive was always kind of frowning and you were in a good mood.
Yes always. But we had a serious side too. I think we were more psychedelic than progressive. The album we recorded with Milton has that song “Pai Grande”, which is all built on noise and noise. This boldness was very good, because as there were people there with all kinds of thoughts about music, the mixture that came out of there was very cool.

You’re back working with Tavito now. Is there a desire to take back something from that time?
Yes, in 2009 we are going to do a project called Um Som Imaginário, where we intend to recover the flavor and way of composing that we had in the 70s.

Around that time you wrote “Casa no Campo” with him. How did Elis’ recording go?
I put the song in the Juíz de Fora Festival, she won and one of the prizes was the right to defend the song at the International Song Festival that year. On Saturday afternoon when I finished rehearsal, she took me by the arm and said she was going to record that song. She also recorded another one of mine called “Olhos Abertos”. The funny thing is that whenever we met she would say: “Gee, send me some tapes”, and I wouldn’t go after her out of shame. I should have gone.

For you, what is the greatest legacy of Sá, Rodrix and Guarabyra?
In a way we opened a very interesting door. Brazilian rock was already more liberal at that time, but it was that thing of “we can use rock ‘n’ roll, but it’s a mpb rock, you see people, it’s not Jovem Guarda”. And we took this urban music and mixed it with things that were considered garbage at the time, like baião or music from the northeast. Much because of the UNE’s CPC manifesto, which said that both bourgeois and popular art were alienated. When we mixed this, what they called “rural rock”, we opened doors for many who came later as the “Pessoal do Ceará” (Belchior, Ednardo, Fagner…).

His third solo album, “Soy Latino Americano” (1977) is his biggest success. talk about him a little“
I was two years without recording. In that time I went to be musical director and actor of the Rock Horror Show. Then the record company said it was time to release an album again. Soy Latino was made intentionally to show how you make an album saying what you want to say so that it can be popularly consumed.

Where did the Latin and Caribbean influence come from?
I was very passionate about mambo, rumba and all that rhythmic mystique of Cuba. It was an old taste coming from my childhood, at the time when Cuban music was of the greatest importance in Brazil. So I decided to try this language. In Soy Latino Americano a little bit and then in a better way in Quando Sera, my 1977 album, which for me is my best album.

In the 80’s and 90’s you composed more for the theater and apart from the two albums with Joelho de Porco little was released. Was this disappearance spontaneous or was it forced by a market situation?
In 80 I went to RCA, where I made a single and an LP. But I was already very worn out with my career. Because the music market had become professionalized to a point where there was less and less space for creation and more and more for the so-called “success formulas”. I say that the idea that an artist to be successful has to sell a million copies starts at that time, from 76 onwards, with the disco. When it arrived in 80 this idea was already grooving. I was already worn out by this and a number of other things. Until on January 19, 1982, Elis dies. That day I said: “I stopped, enough”.

Did your records sell well?
They did sell very well. Soy Latino Americano was the first Brazilian record to overthrow Roberto Carlos in December, for example.

When did you start in advertising?
In 1978 we set up the structure in São Paulo. Me and Tico Terpins. In 1982 I said that I was available and that I would stay there. And I stayed until the year 2000. At that time, the only thing we did was the “Joelhadas” (two albums and some shows with Joelho de Porco), but everything was a decoy for our work in advertising.

And your relationship with the internet? How it is?
Nowadays my great research tool is the internet, for everything.

Even for music?
Music I look for when I need something specific. For example, the encore of this show is a composition between me and Miguel Paiva called “O Rock do Planalto” of which there was only one recording, almost homemade, and I couldn’t remember exactly what it was like. I asked if anyone had the song (in the community dedicated to it on Orkut) and within minutes I was overwhelmed by several versions of it…