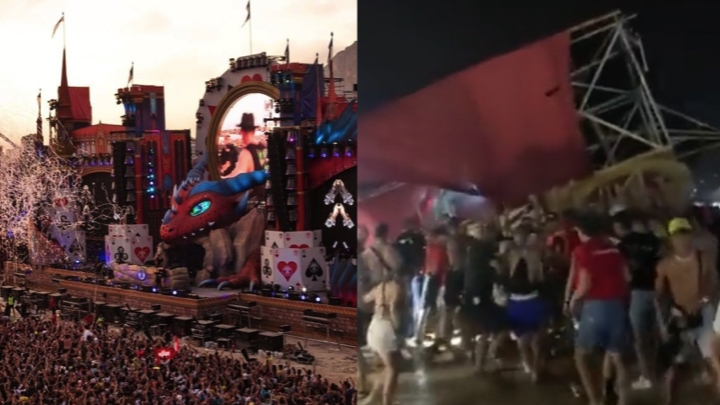 One person died and about 40 were injured after a stage collapsed at the Medusa Festival on Saturday in the town of Cullera, near Valencia, Spain. The event, focused on electronic music, was hit by winds in excess of 80 km/h, causing part of the main stage structure to collapse.

According to CNN, and the local press, the structure collapsed around 4:18 am, when DJ Miguel Serna had just finished his performance. According to the information, there were approximately 50,000 people present at that time at the festival, which was evacuated within 40 minutes.

“It was a tense few minutes, I’ve never been through anything like it,” Serna wrote on her Instagram. “The tragedy happened right at the end of my performance on the main stage, below it, which was the most affected area. There were some moments of horror, I’m still in shock.”

Spanish authorities said the fatal victim was a 22-year-old man. Of the 40 people injured, 3 are in serious condition, the others had minor injuries.

In addition to the main stage, other structures of the event were also damaged by the winds. Spain’s meteorological service said the strong gusts were caused by high temperatures. At around 3 am local time, the thermometer was still reading 40.5 degrees Celsius.

Videos posted on Twitter show the strength of the winds at the time of the accident. See below:

The Medusa Festival, which was scheduled to take place between the 10th and 15th of August, was suspended after the tragedy. Among the attractions of the line-up were names like David Guetta, Afrojack, Carl Cox, Timmy Trumpet and Steve Aoki, who had performed the day before.

Previous Post
INCREDIBLE! Fan art features Giancarlo Esposito as Professor X; Check out!
Next Post
Taylor Swift’s “All Too Well: The Short Film” video with Sadie Sink could be nominated for an Oscar