Pokémon: fan recreates cards throughout history and the result is incredible 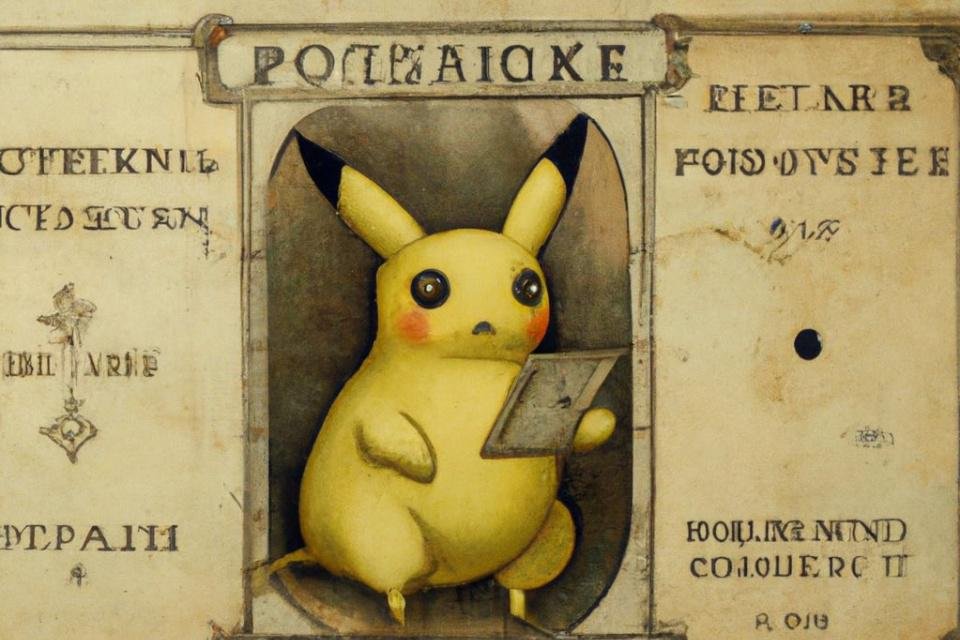 Originally released in Japan in late 1996, Pokemon Trading Card Game arrived in Brazil in the early 2000s, marking the childhood and adolescence of many fans of the little monsters and being a fever until today.

But have you ever imagined what card art would be like in the 60’s and 70’s, or even in 1840? Well, artist Randall Munroe didn’t just consider this hypothesis, he decided to recreate cards throughout history, and while some turned out pretty cute, others look like they’ve officially come out of a nightmare. Check it out below:

THREAD: The evolution of Pokémon cards through history, as generated by DALL·E 2

For starters, here’s what DALL·E 2 thinks 21st century Pokémon cards look like, using prompts like “A Pokémon card from 2001” pic.twitter.com/jUrua8orsk

Using DALL·E 2, an artificial intelligence system capable of creating realistic images and art through descriptions, Munroe started his Twitter thread with the visual that the AI ​​linked to 2001, generating a result that was just a little strange, but completely acceptable. .

However, in the 60s, things start to get weirder, with the third Pikachu with no mouth and arms almost in the shape of tentacles and can be considered an alien entity without any problems.

And the further the project went back in time, the more bizarre things got, with the medieval versions arguably bordering on any Pokémon master’s worst nightmares.

As much as some of the arts were strange or even slightly scary, they are still an interesting way to imagine how the little monsters would be portrayed over the centuries, uniting the world of Pokémon with the evolution of the History of Pokémon in a very fun way. art.