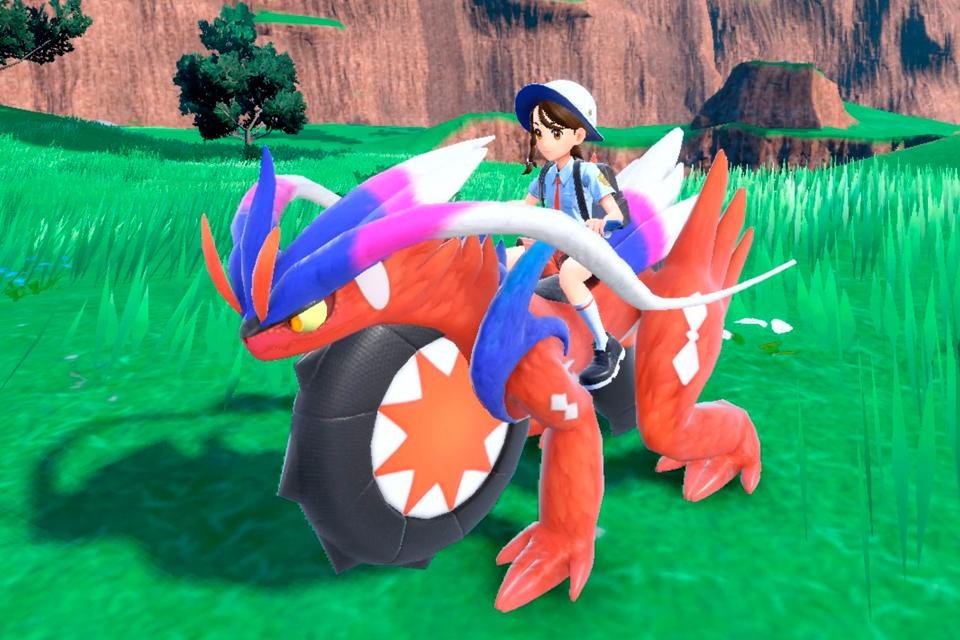 During a presentation held this Wednesday (3), the Nintendo finally revealed an unprecedented trailer of Pokémon Scarlet and Violet, the long-awaited new titles in the franchise, gracing fans with several details that will help compose the next adventures of trainers.

The first big news is the name of the gaming region: Paldea, which is inspired by Spain and its surroundings. The video also reveals the role of the player, who will be part of a treasure quest with other students.

For this, the trainer will have one of two legendary, depending on the version: Koraidon and Miraidon, which can be mounted like motorcycles to cross large open fields, the sea and even the skies.

New little monsters were also introduced to the public, which includes a major expansion in the Pokédex and addition of Paldea forms, as has already happened in Alola and Hisui – one of them is the Paldean Wooper, exclusive to the region. Among the new ones are the dog Fidough and Cetitan, a large ice creature. However, that’s not all, as the Live Direct brought more information about the new games in the series.

We also got to meet the Terastal Pokémon, alternate versions with crystal-like bodies. In addition, all monsters in the region have the ability to perform Terastalize, a new temporary transformation that changes the user’s attributes and even types.

Finally, the game will feature Terastal Raid Battles, allowing up to four players to collaborate to defeat Terastal Pokémon, which can be captured at the end of the battle, in addition to having confirmation that there are 8 gyms in the game.