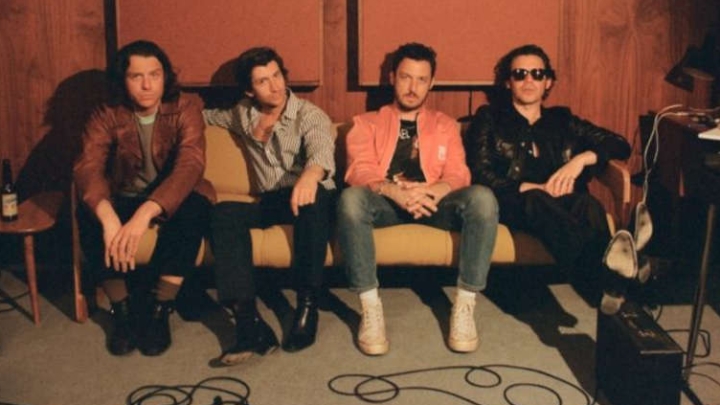 The schedules of the first Brazilian edition of Primavera Sound, a festival born in Barcelona and considered one of the most interesting of the European summer, were released. The grid shows that their concept is quite different from similar events seen here.

Starting with the headliners who don’t close the stages where they were cast. Arctic Monkeys (featured photo), Björk, Travis Scott and Lorde, the names that appear most prominently on the poster, are the penultimate, or antepenultimate in the case of the Icelandic, attractions in their respective days.

The number of stages is large, five, and with a packed schedule, an average of six presentations on each one, starting shortly after 1 pm. With so many attractions, there will certainly be conflicting schedules and the fan will need to make some decisions and calculate the distance between the stages well so as not to miss a show that they deem essential.

The duration of the performances is also between 50 and 60 minutes for the “secondary” artists and a maximum of 90 minutes for the headliners. Primavera Sound will be held in the Anhembi District, in São Paulo, on November 5th and 6th. There are still tickets available for both days.

See the map with the times: 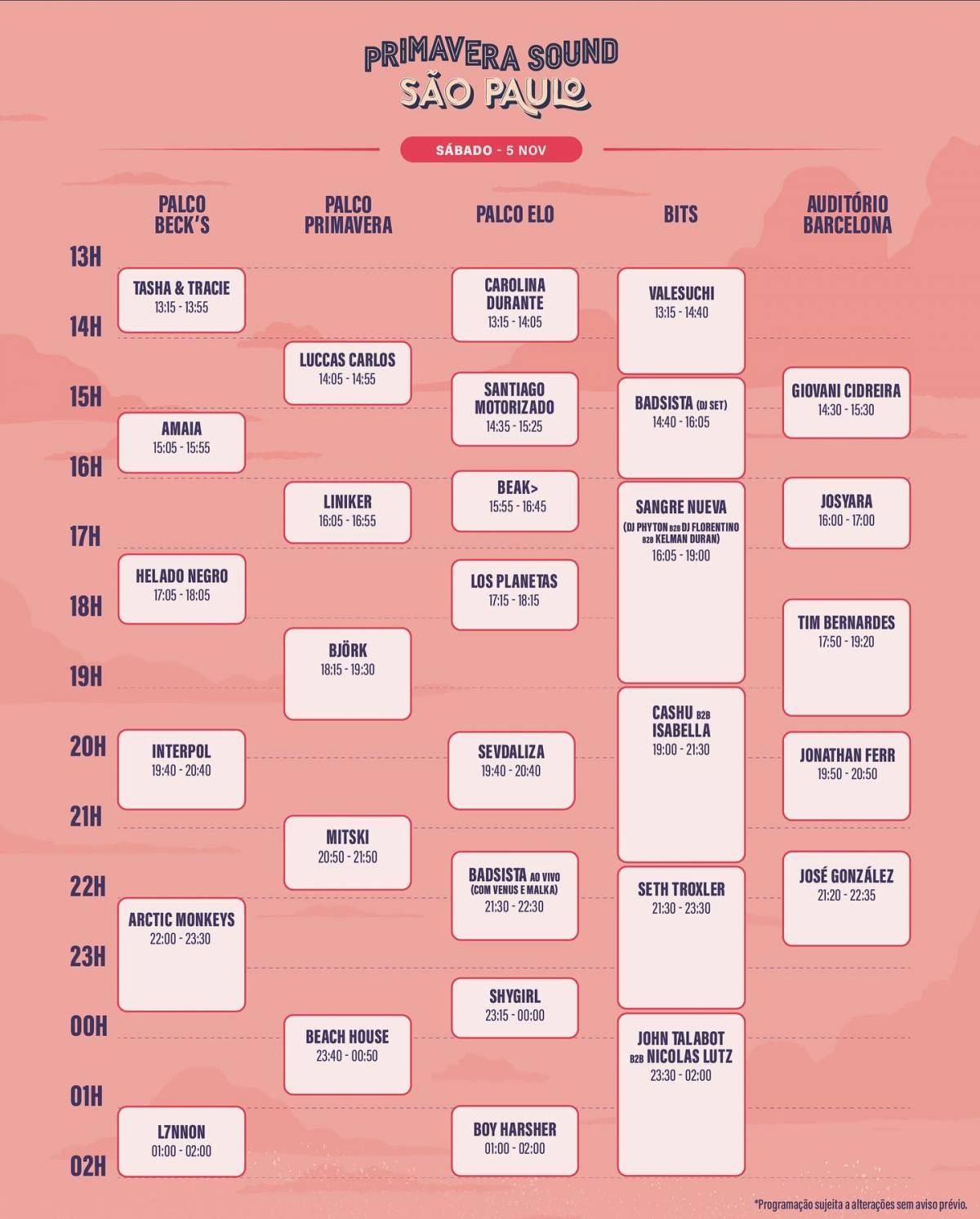 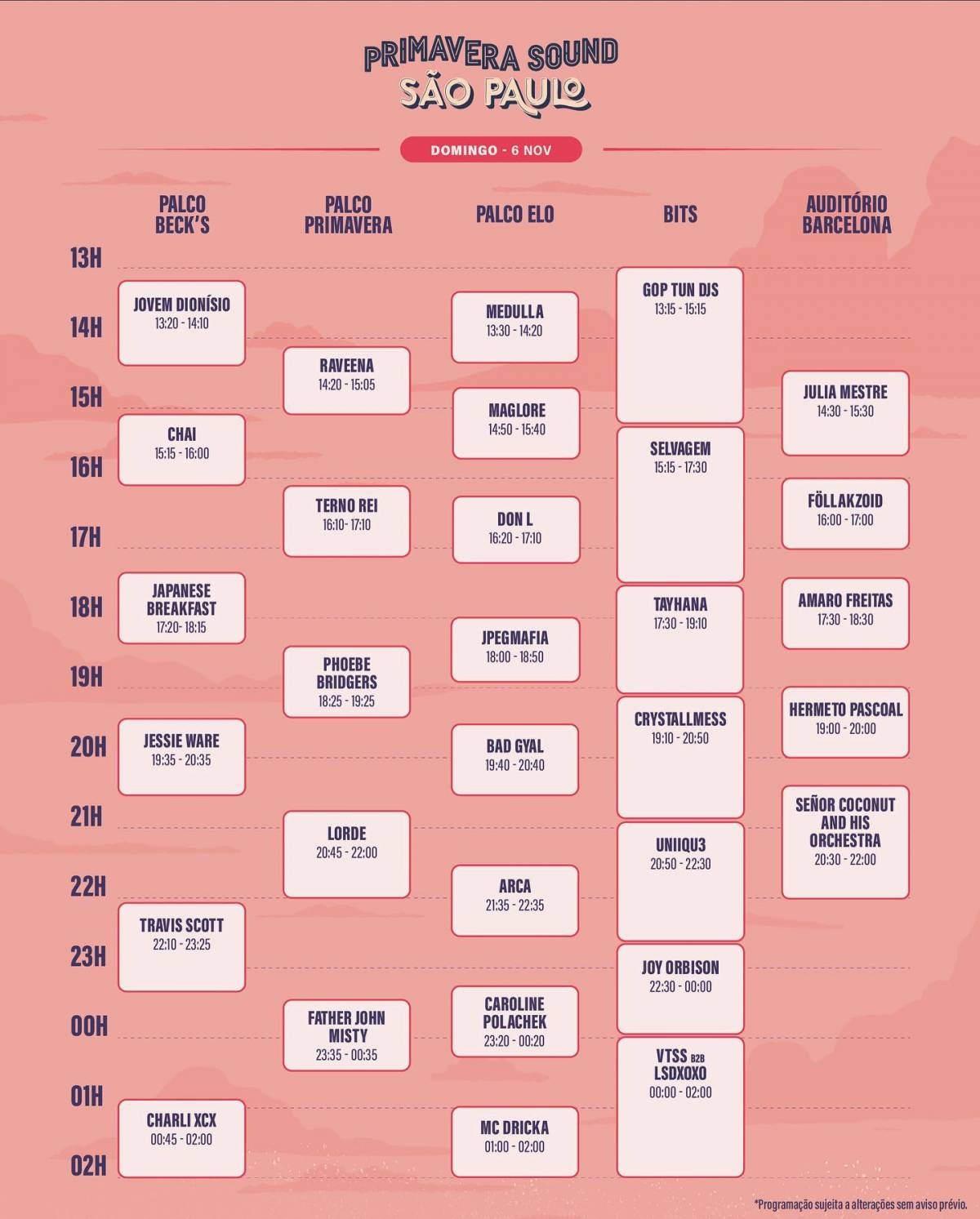 Previous Post
The adventure begins in the trailer for the SERIES ‘The Legend of the Lost Treasure’; Check out!
Next Post
Bloober Team’s Silent Hill 2 Remake Announced; see trailer