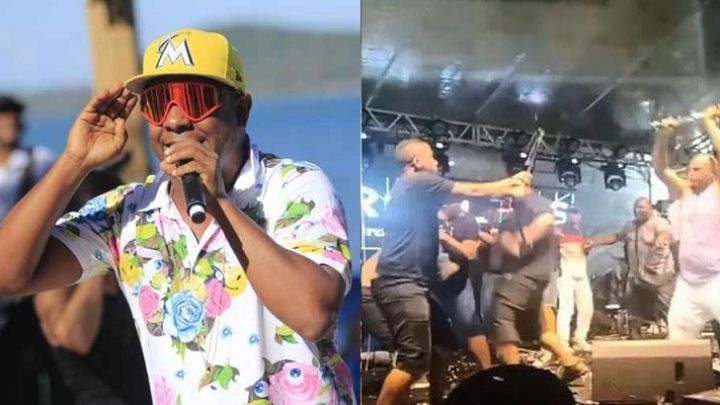 The bands Psirico and Samba Trator took to their social networks to make an apology to fans after starring in a widespread breakout, on Sunday (16), in Salvador (BA). The two artists went viral on the internet after the video of a fight between their members and teams on the stage of the cultural project, “Samba da Feira”.

In a statement on Instagram, Psirico made a point of reaffirming the friendship between the two groups, despite the episode. “The band had already finished the presentation and left the stage, including the two vocalists of the groups – who are friends and raised in the same neighborhood – already fraternizing in the backstage. Suddenly, both were surprised by an unjustifiable scene, in which part of the technical teams got involved in an unfortunate situation. There has already been a conversation between the parties and everything is being clarified, in search of understanding, peace and prioritizing respect for music and the public”

Samba Trator published a text along the same lines, talking about the good relationship that the two artists always had and also apologizing. “The scenes of violence are unjustifiable under any aspect, regardless of the existing motivation. We reaffirm our commitment to valuing the samba culture and reiterate our apology”

Watch the video of the fight below:

Check out the announcements from the two bands below: