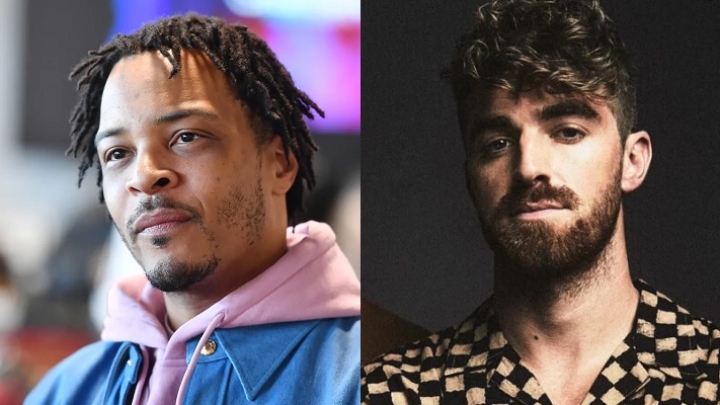 On TikTok, Drew Taggart, lead singer of The Chainsmokers, said he got punched in the face by famous rapper TI. The reason for the embarrassing episode was a kiss on the cheek that the electronic music artist gave in the voice of “Whatever You Like”.

“TI literally punched me in the face (…) we were enjoying the club and I kissed him on the cheek. It was totally my fault,” recalled Drew. The Chainsmokers frontman recalled more details of the confusion.

“He pushed me away and I acknowledged, ‘Okay, I’m sorry’.” He remembers that this was the strangest interaction he’s ever experienced.

Then TI asked the other member of the duo, Alex Pall, to show up and take his friend. Drew says that he later apologized and the rapper accepted it, saying that “they were fine”.

TI spoke about the awkward encounter, but made it clear that everything was resolved. “I love The Chainsmokers, first of all. I don’t have any bad things to say, I just had to address a few things. We worked on it, we’re in a better situation. I have nothing but good things to say about them. Guys of good”.

The rapper revealed that they even drank together after the incident and moved on.

Watch the video with the two artists talking (in English) about the episode below:

My bad IT won’t happen again… unless?