Review | ‘Dragon Ball Super: Super Hero’ – Bet on nostalgia with the duo Gohan and Piccolo back in the fight 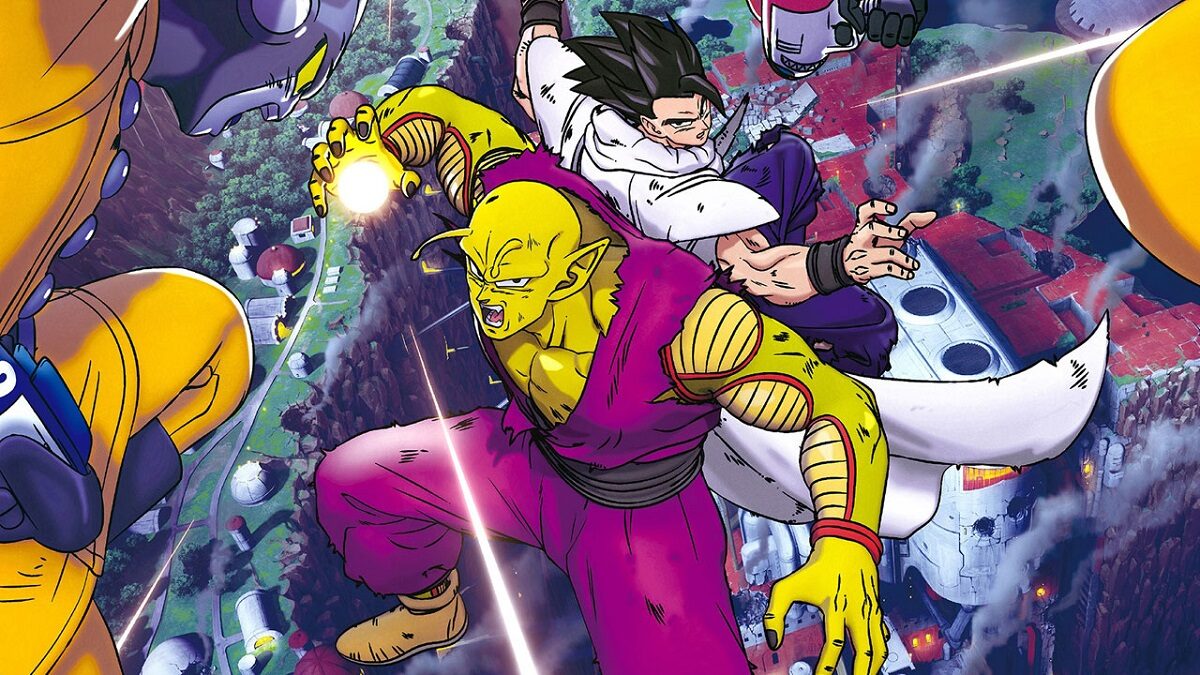 Unlike the last three highly successful films that were released in theaters all over the world – ‘Dragon Ball Z – Battle of the Gods‘ (2013), ‘Dragon Ball Z – The Rebirth of F‘ (2015) and ‘Dragon Ball Super – Broly‘ (2018) – who bet on introducing new characters that helped build a new saga universe called Super, this new ‘Dragon Ball Super: Superhero‘ prefers to bet on nostalgia and rescue something that fans have been asking for a long time.

The proposal to bring back Gohan as the main character of a great story of ‘Dragon Ball‘, an idea that was already idealized by Akira Toriyama, creator of the franchise, back in the android saga, when the baton was telegraphed. Goku was setting the stage for his son and the most powerful Saiyan in the universe, Gohan, not only to defeat the villain Cell, but also to assume the spotlight from there – something that Toriyama himself decided to discard soon after, in the Majin Buu saga. .

No wonder the plot of ‘Dragon Ball Super: Superhero‘ borrows several elements from this season in question, as the film brings to light the resurgence of the classic Red Ribbon, a criminal military organization that was destroyed by Goku in the early seasons of ‘Dragon Ball‘, in its child version.

Here, we see Magenta, current leader of the Red Ribbon, and son Commander Red, recruiting Dr. Hedo, scientist and grandson of Dr. Gero, intending to strengthen the organization, with the new androids called Gamma 1 and Gamma 2, and destroy Capsule Corporation, in addition to the Z Fighters to avenge his father.

So far, everything is normal, but everything changes when we get the news that Goku and Vegeta are training on Beerus’ planet. That is, the mission this time is in charge of Gohan and Piccolo, who must protect the Earth by facing villains beyond the powerful, thus awakening hidden forces.

It turns out that it’s not just bringing them into a fight that causes the old-timer feel, as the new forms of both figures immediately take us back to their first appearances in the animated series. Gohan, in his new transformation, called Beast Gohan, looks a lot like his younger self, with longer hair and a more serious expression – unlike the current scientist who doesn’t like to fight.

Piccolo, on the other hand, who was for a long time one of the best villains in the franchise, has a monstrous and brutal look with his Orange Piccolo version, even similar to Super Saiyan 3, especially for his hairy and huge eyebrows. Add this to the return of the Red Ribbon and the androids themselves, in addition to the emergence of the villain Cell. That is, a complete package for longtime fans.

In terms of aesthetics, or rather technically, we have another significant change if we compare with the films already mentioned, since ‘Dragon Ball Super: Superhero‘, unlike these, bets on CGI elements, where we clearly see the use of computerized effects to create not only the scenarios, but the movements of the fight scenes. What at first glance may be strange to lovers of the classic aesthetic of 2D animations, but with time the viewer will get used to it.

The narrative, as always, follows the simplistic scheme of these animated features that are based on larger series, it does not propose to make drastic changes, as it is intended to function in isolation and not affect anything in the central story addressed.

However, it can be said thatDragon Ball Super: Superhero‘ is a gift to Gohan’s fans, who always wanted to have the eternal Super Saiyaman (great hero) back in action and not just sit there functioning as a relief with me. It perfectly fulfills what it proposes to be and, not by chance, it has been a great success wherever it goes, leading, for example, the Brazilian box office. But this is no surprise, as Goku’s strength is enormous in the Canary Islands.

Previous Post
Wyrdsong is the new RPG from the developers of Fallout and Dragon Age
Next Post
Honkai Star Rail: Game from Genshin Impact devs gets new trailer