Rumbleverse wants to shake up battle royale with lots of fun 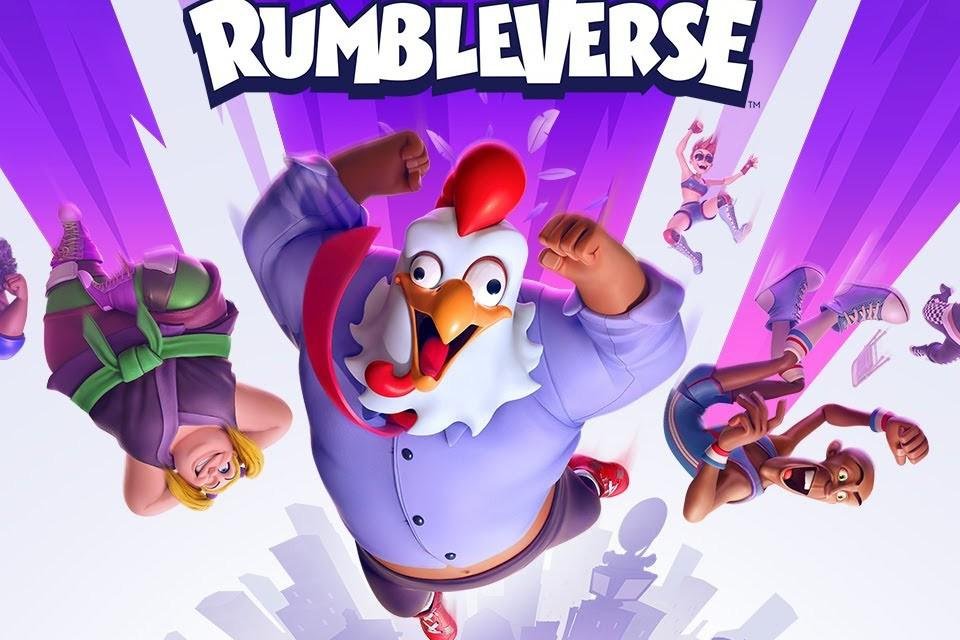 Rumbleverse was one of the main game launches in August of this year, and free to play is already making the rounds on PC, PS5, PS4, Xbox Series X/S and Xbox One. To learn more about this fun title, we had the opportunity to speak exclusively with industry veteran Adam Boyes, CEO of developer Iron Galaxy! Check out our conversation below:

Iron Galaxy has worked on a number of amazing ports over the last few years, such as Overwatch, Diablo III, and Skyrim on Switch. How challenging is it to work on a game and have to adapt it to other hardware, and what have you learned over the years doing this?

Adam Boyes: We pride ourselves on employing some of the best engineers in the business! Each game development process presents its own challenges, and each platform has its own strengths and limitations. At Iron Galaxy, we are prepared for every permutation of this journey. We love working with our partners to break down the barriers between your games and new players. Over the years, we’ve learned a lot about how different platforms work, and how to maximize the potential of any game that needs a new home on these systems.

In addition to working with other studios, you also play projects of your own, like this awesome brawler royale idea from Rumbleverse. What do you think this game brings to the table in a genre with so many competitors?

Rumbleverse is an important evolution for us as a studio, not least because it brings together two of our greatest strengths: combat and great online experiences. In addition to having to use the skills we learned from some of the most talented studios in the industry, we break down the barriers between different competitive and social genres.

This new experience is the sum of all our passions and experiences! We wanted to bring the joy back to online multiplayer and challenge ourselves to create city-scale melee combat. The result of that hard work is an experience that we think is exciting and rewarding, as well as downright hilarious!

Everyone can say these things about their games, but when you throw someone off the top of a skyscraper and jump off the building to hit them again in the streets below, you’ll understand what I’m talking about! (laughs)

And how did the idea for the game come about? It would be nice to know some behind-the-scenes stories from the production!

Some of our best ideas start as conversations between friends, and Rumbleverse started with a “truth or dare” match at the hotel bar. We were talking about how we could innovate in the battle royale genre, and then it was Chelsea Blasko, my co-CEO and partner in crime, who came up with the idea of ​​involving wrestling.

From there, we wanted to create a reflection of what we really love about games and combine that with our sense of humor. The first action we discussed was “how would it feel to have a rear naked choke knocking someone off a 12 meter building?”. And well, from now on everyone can find out for themselves by playing!

What did you learn from your first closed and open tests, and how has that been reflected in the game we have now?

Our open tests ended up reassuring us and showing that the Rumbleverse concepts work. It’s amazing how many people have joined us to try out the game, and we are so grateful to everyone who participated in the tests! Throughout development, we’ve had a lot of fun in our weekly testing sessions, but at the end of the day, you never know how the world will react to your hard work.

When we invited the community to play, they gave us a lot of confidence in the premise of this new game. Seeing the way they played gave us a chance to glean a lot and find ways to improve movement around the city, from climbing Hulk-style from one building to the next, to balancing sandbox combat priorities.

Our engineers also discovered some updates we could make behind the scenes to have a more stable release. But of all the changes, one of the biggest decisions was finding the time and resources to create Playground mode and allow players to explore the city at their own pace to learn about the game.

And in this wonderful, crazy world of wrestling, what kinds of skills and fighting styles can players have? Do you have any tips for someone just starting out?

There are so many choices a player can make to discover their own style of play! You won’t find weapons in Grapital City, but pretty much anything you find on the streets can be used as a weapon. If you can catch it, then you can throw it or directly attack someone with it!

But Rumbleverse isn’t just about combat, it’s also about movement. Moving is as important as battling! Some of the most skilled players on our team are those who love platform games, jumping from one roof to the next. From a distance it might look like a wrestling game, but we’ve combined pretty much every type of melee in this sandbox packed with comic book moves too! It’s all combined to create limitless possibilities for action and make a match different from the one before!

Do you already have plans for the next seasons of content? What kind of content can players expect in the future to keep Rumbleverse alive and interesting?

Without leaking our lab’s secrets, I can say that we have big plans to support the community that loves this game as much as we do! Launch was just the beginning of an exciting journey through Grapital City, and players can look forward to new gear and ways to fight, special challenges and new neighborhoods to explore, as well as constant updates to the game-changing experience and seasons. For more specific information, stay tuned to see what we’re up to, because this is just the beginning!

Previous Post
‘She-Hulk: Defender of Heroes’: What songs are played in the 1st episode? Check out!
Next Post
‘House of the Dragon’ SUCCESSFUL with 91% Critics Approval; Check the reviews!