Seu Jorge responds to racist attacks suffered in Porto Alegre: “We will never bow down” 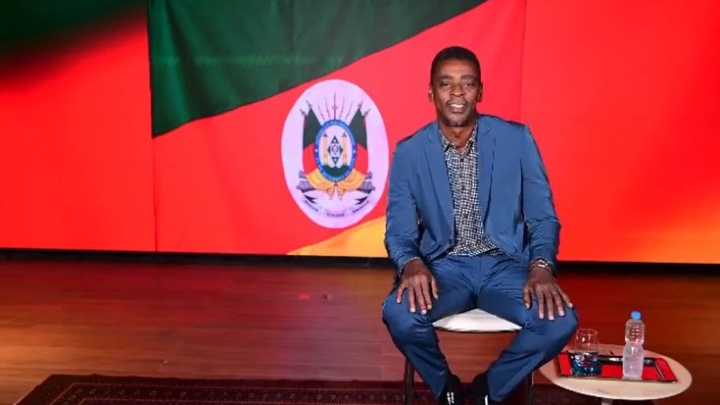 Seu Jorge posted a video on his Instagram, on Monday night (17), to talk about a sad episode of racism that he experienced in Porto Alegre (RS). At a show on Friday (14), the singer was the target of racist attacks and even heard the sounds of monkeys coming from the audience, according to reports from people who were at the scene.

The artist was performing at Grêmio Náutico União, a club located in the capital of Rio Grande do Sul, and called a young black man to play the cavaquinho on stage. Seu Jorge then spoke against the reduction of the age of criminal responsibility and the murders of other young black people living in poor communities.

This act triggered a series of racial slurs from the audience. In addition, the singer was called a “tramp”, “naughty” and, according to reports from people at the scene, it was possible to hear imitations of monkey sounds.

Seu Jorge planned an “encore” for this presentation, but with the attacks received, he gave up. However, he returned to the stage to politely thank everyone for coming.

Three days after the incident, the singer and songwriter made a video to comment on the episode. With the flag of Rio Grande de Sul in the background, he begins by saying that he respects and has a lot of affection for the state and its people, citing great personalities and remembering shows he played there.

Afterwards, he starts the story by saying that he only heard the attacks when he was already at the back of the stage. “Because of that, I soon realized that it would not be possible to do the famous encore. But I returned to the stage alone and, in a respectful manner, thanked everyone and said goodbye to the audience”.

Afterwards Seu Jorge told what his feelings were about what he experienced in Porto Alegre. “Actually, what I want to say here is that I didn’t recognize the city that I learned to love and respect.”

The singer goes on to talk about the attacks he suffered on the show. “Actually what I witnessed was a lot of gratuitous hate and a lot of racist rudeness.”

He thanked the messages of support he received the next day, Saturday (15), from Porto Alegre fans and the rest of the country. The singer repudiated the racist behavior and said that they contributed to the shame of others present at the show.

Seu Jorge insisted on saying that his connection with the public in Porto Alegre has never been broken and will never be broken and that now they will be much stronger and more and more united in the intense fight against racism and all forms of prejudice and discrimination. “To the black people of Rio Grande do Sul and the entire southern region, I want to say that I love you all, I admire and respect and I also say that we are more united than ever and that we are going to win this war that segregates our people, poverty and the lack of opportunity in Brazil”.

The artist asked for unity and response to put an end to the injuries suffered as he suffered. “We will be in the fight together, denouncing and combating all types of typification of our people and responding with excellence, preparation, courage, wisdom and diplomacy. We will never bow to racism and intolerance, whatever it may be.”

Seu Jorge made clear the importance of charging the state so that justice is done in cases of racism. “The law is to be complied with. Thus, I call on the large Afro-Brazilian community to join the Brazilian social movements that exist closest to their cities with the aim of defending our rights, expressing our culture, the right to exist and the right to make our dreams and projects come true”.

The singer ends the video by saying that it’s time to win the war against racism once and for all. “The only thing we won’t win this war is if we don’t unite our people, we need to unite our people”.

Watch the video in full below:

Check out one of the reports made after the show on Twitter:

Last night, Seu Jorge performed at a dinner for the reopening of one of the venues at Grêmio Náutico União, in Porto Alegre. Here is the report of another isolated case from the Brazilian Mississippi: pic.twitter.com/T8ddtMDXQn

The president of Grêmio Náutico União, Paulo José Kolberg Bing, responded to the racist attacks suffered by Seu Jorge. In a note to UOL’s Splash website, he said that the association repudiates “any act of discrimination”.

“Grêmio Náutico União is internally investigating the facts that occurred at an event held on October 14, during a presentation by singer Seu Jorge. If the practice of a racist act is proven, those involved will be held responsible. We affirm that União, following its Statute and commitment to associates and society, repudiates any type of discrimination”.

The Civil Police of Porto Alegre informed, through a statement, that it is investigating the case. “Through the Police Station to Combat Intolerance (DPCI), the State Department for the Protection of Vulnerable Groups (DPGV), it is investigating the, in theory, crime of racism committed against the singer Seu Jorge, during a show held on the last day October 14, in Porto Alegre. A video in which part of the audience appears calling the singer a monkey is already being analyzed by the DPCI investigation team. Even today, images from the Club’s security cameras will be requested and witnesses will be heard throughout of the week. In the present case, the direct victim would be the singer Seu Jorge, however, the crime of racism would offend an entire undetermined community. This crime, provided for in article 20 of Law 7716/89, does not depend on the representation of the victim” .