‘She-Hulk’: Soundtrack of the 3rd episode released; Check out! 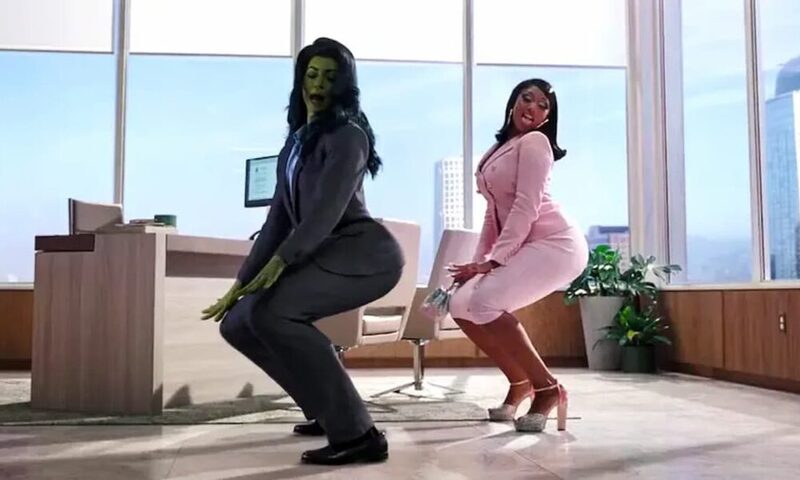 The 3rd episode of ‘She-Hulk: Defender of Heroes‘ with the participation of the singer Megan Thee Stallion, who had her image stolen by a shape-shifting Asgardian light elf.

Called Runa, she gets involved in a court case when the character Dennis Bukowski (Drew Matthews) sues her, claiming to be tricked into thinking he was dating the real woman. Megan Thee Stallion.

In the plot, the real Megan Thee Stallion appears in court to accompany the case and ends up befriending Jennifer Walters (Tatiana Maslany).

But, the best part of the episode is the post-credits scene, when the two start to sway to the sound of ‘body‘, Megan’s song, showing fans that it’s worth leaving the TV on until the final seconds of the series.

As the episode was very successful among the public and became one of the most talked about topics on social networks, the Disney+ released its full soundtrack.