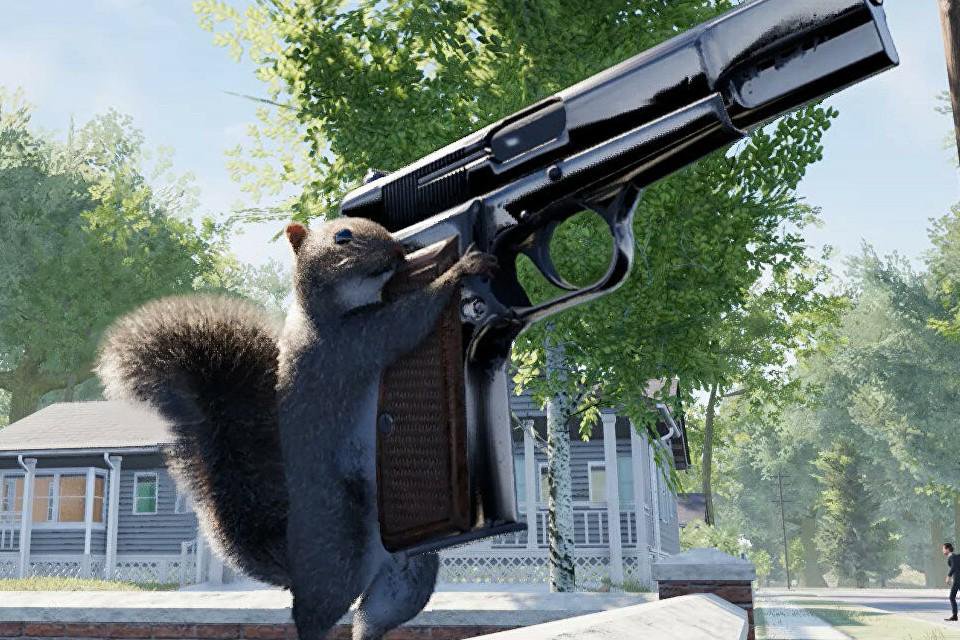 After the success of Stray, the kitty game, it seems that the next animal with a high chance of becoming a video game craze is the squirrel armed with… Squirrel with a Gun, a title as self-explanatory as it is hilarious. Learn more about the game below!

Developed by Daniel DeEntremont, the PC game received a very fun trailer on its Steam page, where we can see the little animal carrying its full-size weapon. Naturally, this serves as a pretext for much confusion between him and the government agents who pursue him:

Hello everyone. I finally got around to cutting a Squirrel With A Gun trailer up on Steam!#gaming #indiedev #gamedev #UE5 #UnrealEngine5 #indiegame #blender3d #blender #b3d #indiegamedev #screenshotsaturday #wishlistwednesday pic.twitter.com/iNCAls934l

And if you think that GTA has extreme crimes, just wait until you rob someone controlling the armed squirrel and then run away at high speed using your four paws in the greatest adrenaline! You can even take advantage of the weapon’s recoil to jump even higher through the scenarios, almost as if you were gliding!

Unfortunately, the game doesn’t have an exact release date set yet, but you can follow its creator on Twitter, where he’s always posting fun development updates, and also keep an eye on the game’s Steam page, where its release date is comically referred to as “good question!”

Previous Post
‘Walker: Independence’: Pre-sequel to ‘Walker’ gets new teaser with unreleased scenes
Next Post
Director of ‘Shazam! 2’ previews the soundtrack; Check out!