Taylor Swift Wins Video Of The Year At VMAs 2022 For “All Too Well: The Short Film” 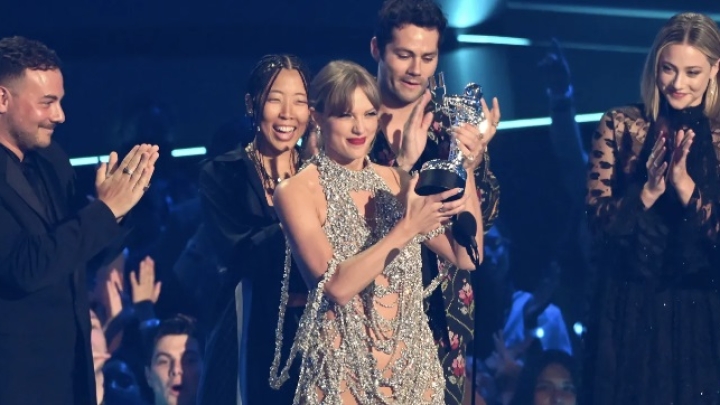 The 2022 Video Music Awards came to an epic conclusion with Taylor Swift winning the top award of the night, “Best Video of the Year”. She won with “All Too Well” and thus became the artist who won the most times in this category in the history of the event.

This was the third time she took home the top prize at the VMAs and delivered a speech to cheer her fans even more. She took the moment to announce that she will be releasing a new album on October 21st.

With more than 14 minutes, “All Too Well: The Short Film” features actress Sadie Sink, famous for her role as “Max”, in the series “Stranger Things”. The clip also won another of the main categories, for “Best Direction”.

See the clip below: