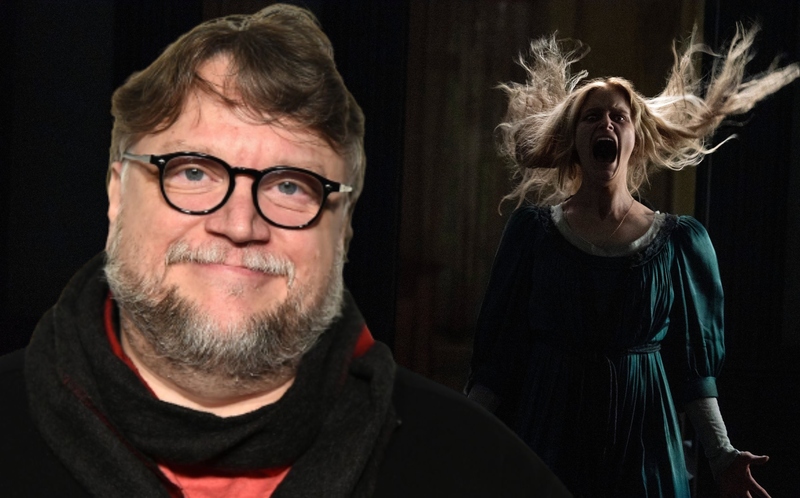 As del toro is famous for several prominent titles such as ‘Hellboy’, ‘The Shape of Water’ and ‘Nightmare Alley’the new production is being looked forward to with great anticipation.

On social media, the filmmaker’s fans praised the preview and are already dying of anxiety for the premiere, which takes place in October 25.

Wanting this one too much https://t.co/HKBxSinDCz

The first images of Cabinet of Curiosities are out, Del Toro producing an anthology with an adaptation of stories by Lovecraft and Robert Haward that will be directed by several talented directors (The Babadock and Mandy), simply a dream 😍 pic.twitter.com/10w3Msky7n

During Geeked, Netflix had announced several horror series, and I talked about them on the channel, and one of which I’m most looking forward to is Guillermo Del Toro’s project “Cabinet of Curiosities”, and exclusively, Netflix released the first ones to me. series images! pic.twitter.com/AxOqJWXXYQ

As of yet, the show is described as blending definitions of horror through a collection of unprecedented, genre-defining stories designed to challenge our traditional notions of horror.

From the macabre to the magical, from the gothic to the grotesque or classically frightening, these eight equally sophisticated and sinister tales (including two original works) will be brought to life by a team of writers and directors hand-picked by del toro.

“Essie Davis, Andrew Lincoln and Hannah Galway star in an episode written and directed by Jennifer Kent (‘The Babadook’; ‘The Nightingale’), based on an original story by Guillermo del Toro.”

“F. Murray Abraham, Glynn Turman and Luke Roberts will appear in an episode written by David S. Goyer (‘Batman Begins’), based on a short story by Michael Shea, and directed by David Prior (‘The Messenger of the Last Day’).

F. Murray Abraham, Glynn Turman and Luke Roberts will appear in an episode written by David S. Goyer (Dark City; The Dark Knight; Batman Begins) (based on a short story by Michael Shea), and directed by David Prior (The Empty Man; AM1200). pic.twitter.com/XHY0gCdaue

“Crispin Glover and Ben Barnes star in an episode written by Lee Patterson (‘The Colony’), based on a tale of HP Lovecraft and directed by Keith Thomas (‘The Vigil’).”

Crispin Glover and Ben Barnes star in an episode written by Lee Patterson (Curve; The Colony) (based on a short story by HP Lovecraft) and directed by Keith Thomas (Firestarter; The Vigil). pic.twitter.com/PyxCt9upO2

“Peter Weller stars in an episode directed by Cosmato Cloths (‘Mandy’), who also writes along with Aaron Stewart-Ahn.”

“Mika Watkins (‘Black Mirror’) writes an episode based on a tale of HP Lovecraft and directed by Catherine Hardwicke (‘Twilight’); with a cast to be announced.”

Mika Watkins (Origin; Black Mirror; Troy: Fall of a City) writes an episode (based on a short story by HP Lovecraft) directed by Catherine Hardwicke (Thirteen; Lords of Dogtown; Twilight); with cast to be announced. pic.twitter.com/47jhAD13Iy

“David Hewlett stars in an episode based on a tale of Henry Kuttner and directed by Vincenzo Natali (‘Hannibal’).”

“Haley Z. Boston (‘Hunters’) writes an episode based on a short story by the comic book author Emily Carroll and directed by Ana Lily Amirpour (‘Dark Girl Walks Through the Night’), cast to be confirmed.”

Haley Z. Boston (Brand New Cherry Flavor; Hunters) serves as writer of an episode (based on a short story by comic book author Emily Carroll) directed by Ana Lily Amirpour (A Girl Walks Home at Night; The Bad Batch) with cast to be confirmed. pic.twitter.com/2R1q22zd3h

Previous Post
After SUCCESS, director talks about what the story of ‘The Predator: The Hunt 2’ could be
Next Post
Fortnite gets a crossover with Dragon Ball Super, including Goku