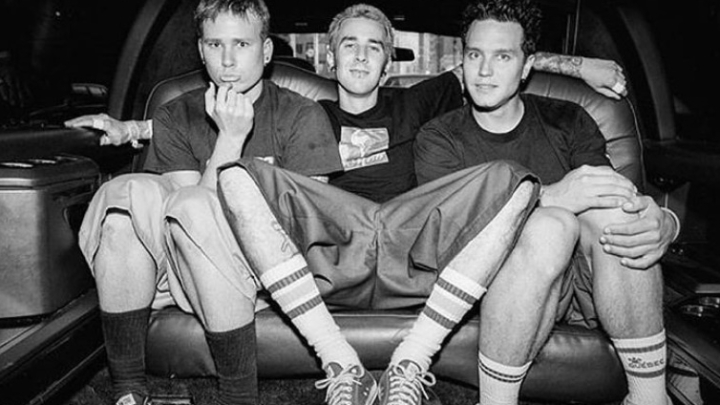 Blink-182 fans were excited about a new post from Tom DeLonge on social media. The former member-and one of the band’s founders-posted an old photo of the trio, raising rumors of a possible return to the pop punk group (which he left in 2015).

The musician did not give information in the photo caption, putting only the band’s tag, which made internet users soon leave comments talking about the possibility of his return. “Announce the tour soon,” posted one. “Is that a sign?” commented another. “I’m feeling it,” wrote another fan. See below:

DeLonge also modified his profile bio, adding blink-182 as one of his bands, alongside Angels and AirWaves, but leaving out his other side project Box Car Racer.

Rumors about a possible return of Tom DeLonge to blink-182 gained traction last month when Matt Skiba, who replaced the guitarist after his departure in 2015, responded to a fan who didn’t know if he was still in the band. “Your guess is as good as mine. Regardless, I’m very proud and grateful for my time with blink-182. We’ll see…”, he said.

It’s worth remembering that blink-182 celebrates 30 years of band this year. On social media, the group has been publicizing commemorative merchandising, as well as a new Funko Pop collectible set. “Only three naked guys,” reads the caption.

Thanks for 30 years ? Celebrate with some new merch #blink30 https://t.co/Uhty0IAzLN pic.twitter.com/Bj3mxuVHeP

Despite strong speculation about the return, Mark Hoppus used his Discord account to inform netizens that there is no news on this matter to share with fans.

“There’s no announcement. Today is 30 years of blink-182! If and when blink has an announcement about anything, you’ll know it through official blink-182 channels. Not on a radio station, which says ‘Tune in to a big ad… Tom tagged Mark in a photo from two decades ago,'” he posted.