WHAT AGONY! Girls get stuck on top of 600-meter tower in subtitled teaser for thriller ‘The Fall’

The Suspense’The fall‘ (Fall), which features two friends trapped in a tower over 600 meters high, won a teaser subtitled by Paris Filmes. 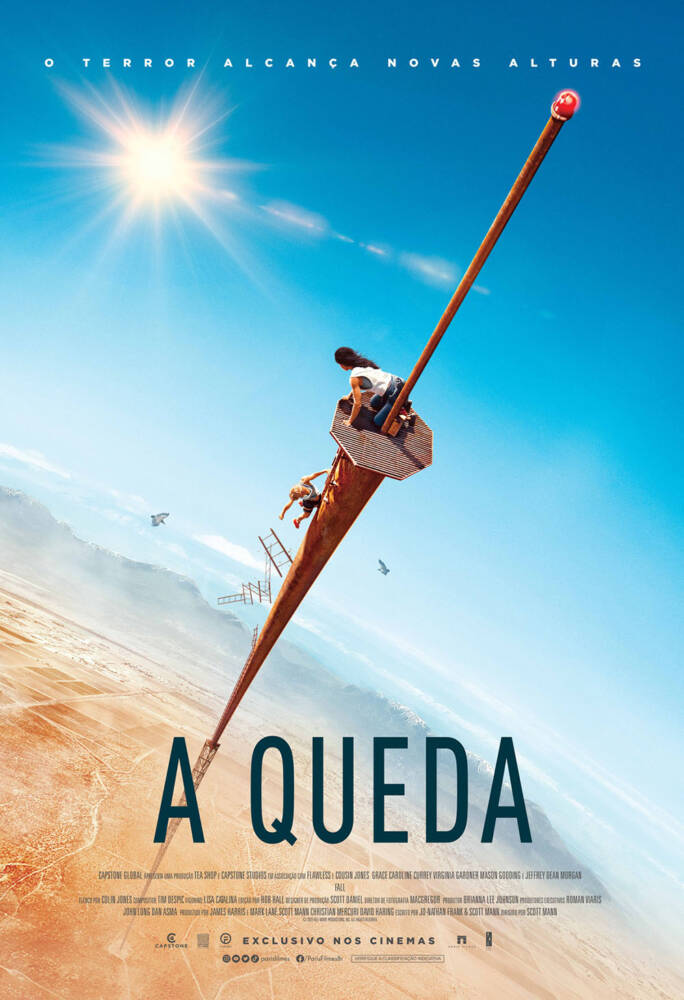 Scott Mann is responsible for the direction, in addition to having signed the script alongside Jonathan Frank.

“A fatal fall could be Becky’s future (Grace Fulton) and Hunter (Virginia Gardner), which are trapped in a tower over 600 meters high, in the middle of the desert. Despite being extremely trained and resourceful, a series of misadventures leave them unable to get down. As the vultures circle them and the temperature rises, their chance of survival drops rapidly.”

The thriller will be released in national cinemas on September 8th.

Previous Post
Sony refuses to say whether it would raise the price of the PS5 in the future
Next Post
Tom Morello releases video of 10-year-old Brazilian playing guitar: “One of the best I’ve seen”