‘What If…?’: Season 2 of the animation will be even CRAZY than the 1st 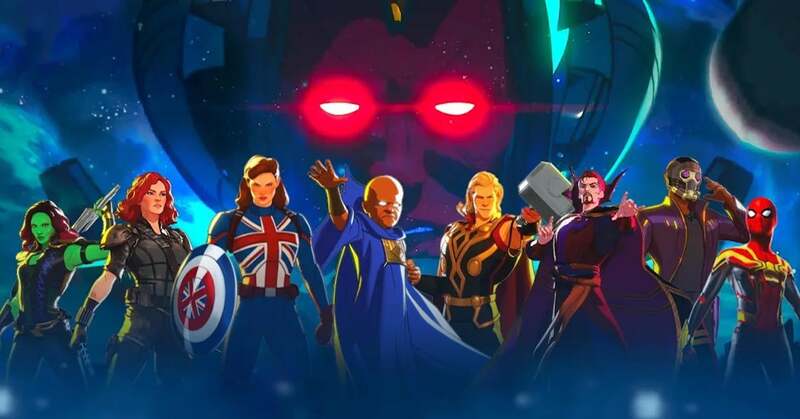 the animation ‘What If…?’ is an anthology that presents the public with alternative scenarios for the most iconic characters in Marvelsuch as Peggy Carter taking the Super-Soldier serum in place of Steve Rogers, Killmonger as one of Tony Stark’s bodyguards, and Hank Pym as a dangerous assassin after members of the Avengers.

And it looks like Season 2 is going to feature even crazier plots.

During an interview with Deadline, the director Bryan Andrews was asked what audiences can expect from the upcoming episodes, to which he replied:

“Obviously, you can expect stories that are more original and that slowly develop into wilder terrain. In Season 1, Kevin wanted to keep the story a little closer to what was established in the movies, with something or other different, but still resonating with the plot of the movies. That doesn’t happen often in Season 2.”

Since many movies have already been released between Phases 3 and 4 of the MCU, Andrews also said that the possibilities for playing around with alternative ideas are endless.

“There are a lot more movies to explore and things to get inspiration from, so we don’t need to have just a little moment. We can expand and things can get a little crazier. We’ve ramped up the madness level in Season 2 and Season 3 promises much more. We now have characters we haven’t had the chance to work with before, and it will be fun to see how they are introduced to audience favorites. I can’t wait for the fans to watch it.”

Remembering that ‘What If…?‘ has already been renewed for a 3rd season, and the Disney+ revealed at San Diego Comic-Con that Season 2 will be released next year.

The teaser for the next cycle was shown at the event and featured scenes with the return of Captain Carter and Steve Rogers with the HYDRA Stomper, as well as the addition of Valkyrie, Korg, Hela, Shang-Chi, Scarlet Witch and several other characters.

Season 2 of Marvel Studios’ What If…?, an Original series, is streaming early 2023 on #DisneyPlus. pic.twitter.com/yi9Ngqhg5J

All episodes of season 1 are now available on Disney+.

Previous Post
‘House of the Dragon’ Soundtrack Will Have Similarities to ‘Game of Thrones’ Soundtrack
Next Post
BLACKPINK makes a triumphant return with “Pink Venom”. Listen to the lyrics in full!